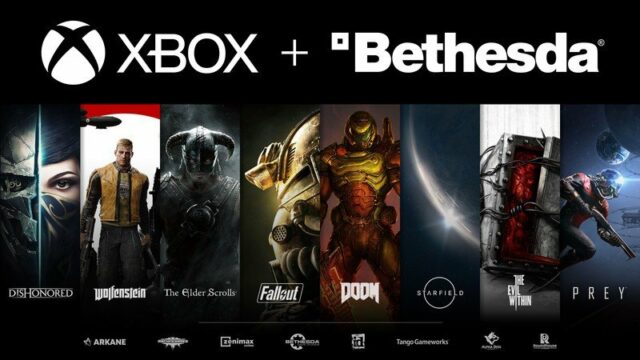 The European Commission has approved Microsoft’s proposed acquisition of ZeniMax Media. The deal, which was put on the table for $7.5 billion, would see to it that ZeniMax Media, the parent company of Bethesda Softworks and its subsidiary studios, would join the Xbox Game Studios umbrella as first-party developers.

The deal has been approved by the EU without any stipulating conditions, according to a report from The Verge. The European Commission stated that the deal “does not raise serious doubts as to its compatibility with the common market.” Approval from the EU was required for the deal to go through.

“The Commission concluded that the proposed acquisition would raise no competition concerns, given the combined entity’s limited market position upstream and the presence of strong downstream competitors in the distribution of video games,” says a European Commission statement. “The transaction was examined under the normal merger review procedure.”

Following the approval from the EU, the acquisition is now able to finalize. Once completed, Microsoft’s Xbox Game Studios brand will be leveraged with the likes of Bethesda Softworks, MachineGames, Arkane, id Software, and Tango Gameworks. Its first-party catalogue will expand with tentpole franchises like Fallout, The Elder Scrolls, Wolfenstein, DOOM, and Dishonored.

While the deal between Microsoft and ZeniMax Media was first announced in September of 2020, Microsoft did state that the company will honour current exclusivity deals and continue to support on-going games on other platforms. This means that PlayStation 5 exclusives such as Deathloop, which will release on May 21st, and GhostWire: Tokyo, which is tentatively scheduled for later in 2021 will still hold their PS5 exclusivity. The Elder Scrolls: Online, the on-going MMO will also be supported on PlayStation consoles.

What’s not certain is what will happen to future games coming from the studios. Bethesda Softworks’ Starfield is a prime example. Many have speculated whether Microsoft may release the game on Xbox Game Pass for its Xbox and PC users, while also releasing the title on PlayStation consoles. When speaking to Bloomberg last head, Xbox Chief Phil Spencer said that “We’ll take other consoles on a case-by-case basis.”

It’s been reported that Microsoft will be holding a “What’s new for gaming” event on March 23rd. This may be the time Microsoft formally goes over what the acquisition means for the company and its player base.