With its fresh, new and far more minimalistic look, iOS 7 has got a good number of analysts impressed, who are now saying that the newest iOS iteration has actually made Apple exciting for its users once again. As BGR reports, acclaimed music industry critic and consultant Bob Lefsetz, who occasionally offers commentary on the technology industry as well, has called iOS 7 a “positively mind-blowing effort that will make Apple cool again”. 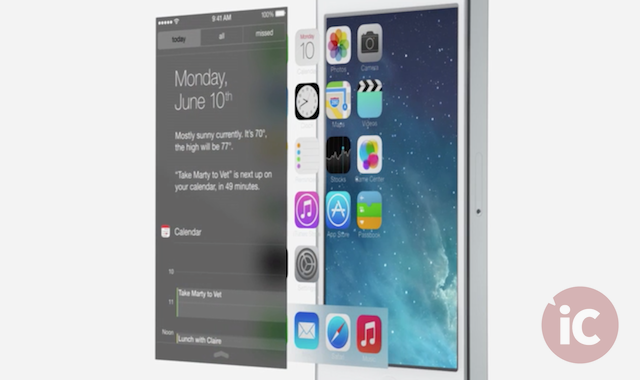 Lefsetz noted in his Tuesday morning’s edition of ‘The Lefsetz Letter‘ that even though Apple’s mobile experience may not be perfect for everyone, the company’s approach of keeping things elegant and easy is the “favourable approach for most users”.

“The positively mind-blowing experience was iOS7,” Lefsetz wrote in Tuesday morning’s edition of The Lefsetz Letter. “Huh? Isn’t it a mature system? Isn’t that why Apple’s dying? Because they don’t know where to go? With Steve gone… With Scott gone… Jony Ive can take control.”

“Jony Ive is the new Steve Jobs. And rather than being cautious, resting on his laurels, Jony Ive has completely redesigned iOS7 to make it so cool, once it’s launched Apple-envy will be prevalent once again, with every iPhone owner showing off how cool it is.”

Similarly, Piper Jaffray analyst Gene Munster believes that “iOS 7 is a reason for users to get excited about their iPhones again by giving it a new feel, something that has been lacking in the past iOS updates”, CNET is reporting. The analyst feels the revamp is cause for Apple users as well as its investors to get excited about both current and upcoming iOS devices.

iPhone users tend to get over changes to the hardware after a few hours, Munster opined, but “the OS is what mesmerizes people longer term.” The analyst also believes that the WWDC keynote prepared the stage for several new products over the next year and a half, including the iPhone 5S, a low-cost iPhone, an Apple TV set, an iWatch, and potentially a mobile payments products.

Muster is currently expecting Apple to launch a cheaper iPhone around October, and an Apple Television set by the end of 2013.