Microsoft Rebrands Beam to Mixer, Adds Co-Streaming for Windows and Xbox One 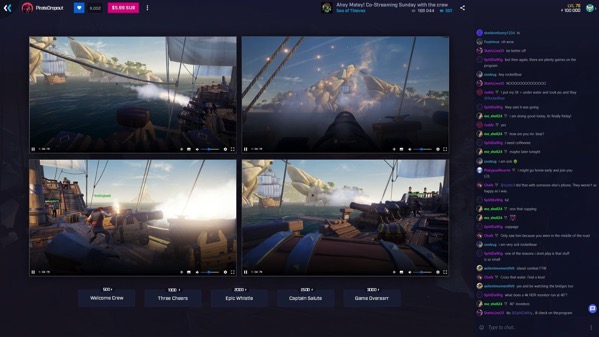 Microsoft-owned livestreaming platform Beam, which has been integrated into Windows 10 and Xbox One, has been rebranded to ‘Mixer’. In addition to the name change, Mixer is getting a bunch of new features, including “co-streaming” on Windows and Xbox One (via CNBC). Up to four people can now simultaneously live stream themselves gaming or doing other things in Mixer.

“Why the name change? This was a tough decision, and not one that we made lightly,” said Matt Salsamendi, co-founder and engineering lead at Mixer, in a blog post. “But, it was something that we decided on as a team. We believe so much in the power of the platform and want to grow it in every major market around the world. Unfortunately, that wasn’t something we could do with the Beam name.”

Mixer plans to continue attempting to distinguish itself by adding features that other services don’t offer, and to keep focusing on streaming as a social experience. “We chose Mixer as our new name because it represents what we love most about the service….how it brings people together,” said Salsamendi.

Microsoft will replace Beam for Android and iOS with the Mixer app, and Mixer will take the place of Beam on the Xbox One and in Windows 10.

Initially the “co-streaming” feature will be available on Xbox One, for people participating in its Insiders program, and in Windows 10. Later on, it will be made available for mobile devices as well.