Citing mass noncompliance with the city’s rules for the vehicles, Coun. Éric Alan Caldwell has today announced at an executive committee meeting that shared, dockless e-scooters will be banned in the city of Montreal for 2020, CBC News is reporting. 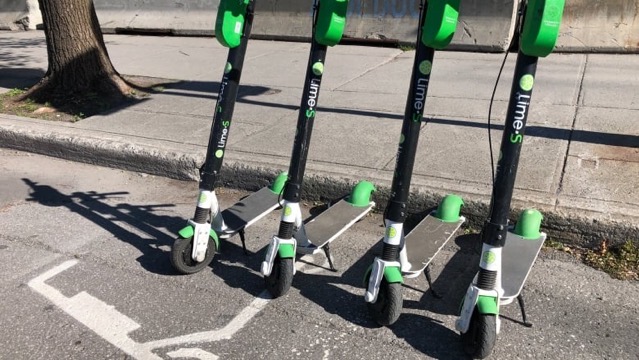 “Our rules were not respected and the operators did not ensure they were respected,” said Caldwell while adding that e-scooters were impeding other modes of transportation in the city. “That’s why, in 2020, there will be no e-scooters in the streets of Montreal,” he concluded.

While companies like Bird Canada and Lime have been allowed to operate e-scooters in Montreal as part of a pilot project, a city report found that scooters were only parked in their designated zones 20% of the time.

“Eight e-scooters on 10 did not respect our rules… which led to problems,” Caldwell said. “Security issues. Issues for other modes of transportation, be it pedestrians, cyclists, or drivers. Issues that led to disorder in the city.”

There were 410 designed spots across Montreal, according to the city.

In a statement, Lime general manager Michael Markevich said the move was “incredibly disappointing” and a “major step backwards.”

Although Lime acknowledged that cases of improper parking were high, it claimed that the city’s designated parking spots were not conveniently placed.