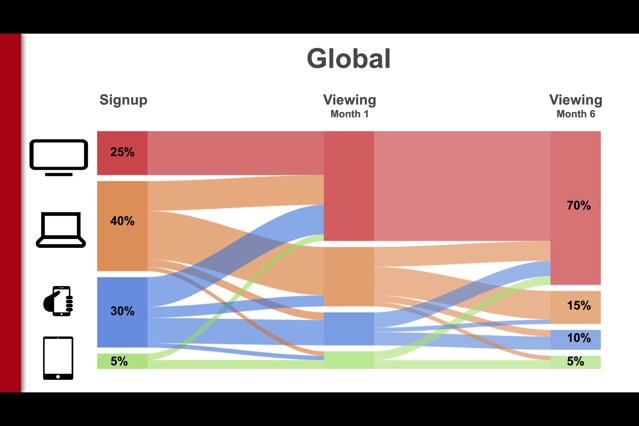 “That number isn’t a shock — Netflix has been clear about the importance of TVs for a long time, and it’s why the company has spent a lot of energy working out integration deals with pay TV distributors like Comcast and Sky — but it’s a good reminder that not everything is moving to the phone.

Netflix, which laid out its data at a briefing for reporters today at its Los Gatos, Calif., headquarters, said it often signs up viewers on non-TV devices, which also makes sense.”

Although pay TV integrations have made it much simpler to sign up for a Netflix subscription, in majority of cases it will still be easier to do it from a computer, which accounts for 40% of signups, with smartphones accounting for another 30%.

And over time, it has been found that most viewers move from their smaller screens to the biggest one in their house, in roughly six months into a subscription.

Netflix has also shared an interesting graphic showing which kind of Netflix shows people are watching more on their large screen TVs. Check it out below. 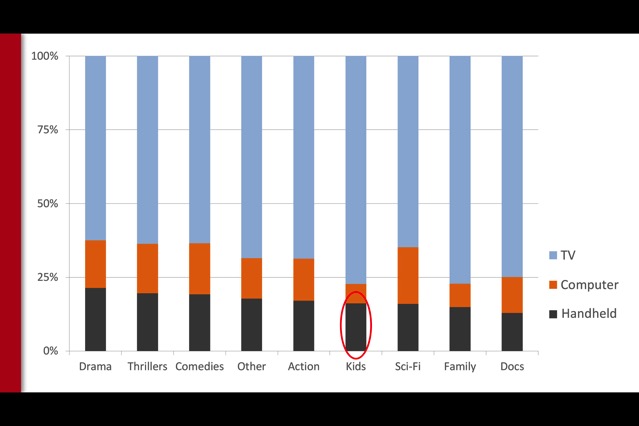