This week, a new advertisement has been found where Motorola is seen taking a jab at Apple about the lack of flash on the iPhone.

“Flash Websites? There’s a phone for that. Introducing the new Droid 2 by Motorola.” 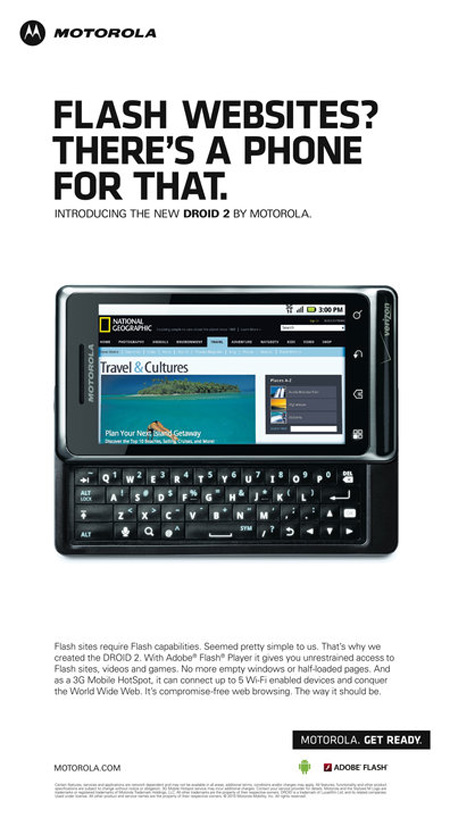 For people not into Apple, the wording of the ad may seem odd. However, for any Apple fans, we all know that the slogan is a play on Apple’s “There’s an app for that” for the App Store.

The advertisement highlights that Adobe’s Flash is available on the Droid 2 (and other Android devices) and is lacking on iDevices. As many users know, Apple has chosen to not support Flash on the iPhone, iPod touch, and iPad.