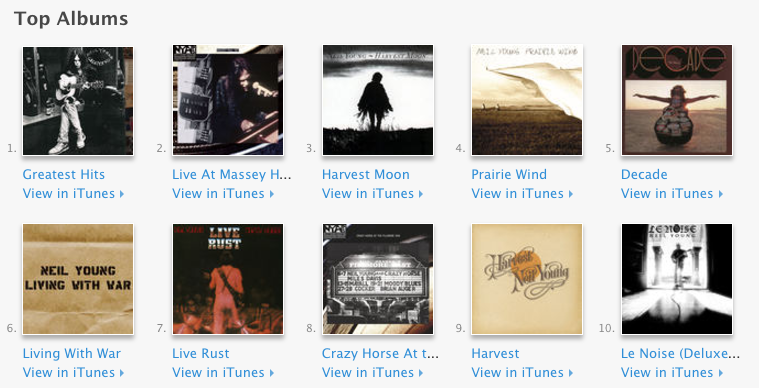 According to The Wall Street Journal, Neil Young’s music has been removed from Spotify after the Canadian singer-songwriter gave the music streaming platform an ultimatum to either oust Joe Rogan, saying the podcasting sensation’s show is spreading fake information about COVID-19 vaccines, or lose his music catalogue.

“They can have Rogan or Young. Not both,” the musician wrote in an open letter to his manager and label, asking them to remove his music from the streaming service.

Mr. Young’s record label, Warner Music Group Corp.’s Warner Records, made a formal request to Spotify for the removal of the Heart of Gold and Harvest Moon singer’s catalogue.

“We want all the world’s music and audio content to be available to Spotify users. With that comes great responsibility in balancing both safety for listeners and freedom for creators,” a Spotify spokesman said Wednesday as the service heeded Warner Records’ request to remove Mr. Young’s music.

“We regret Neil’s decision to remove his music from Spotify, but hope to welcome him back soon,” he said.

Spotify has detailed content policies in place to combat misinformation on its platform, and has removed over 20,000 COVID-19-related podcast episodes since the start of the pandemic, the spokesman added.

This is far from the first time Spotify’s big bet on Joe Rogan, one of the most popular and polarizing voices in the podcasting world, has landed the platform in hot waters. Back in 2020, Spotify signed a multi-year deal with Joe Rogan worth an estimated $100 million USD to bring The Joe Rogan Experience over to the platform and make it a Spotify exclusive.

Earlier this month, more than 200 scientists and healthcare professionals signed an open letter to Spotify accusing Rogan’s podcast of “promoting baseless conspiracy theories” and demanding that action be taken against mass-misinformation events on its platform.

Mr. Rogan is key to Spotify’s podcast strategy in attracting listeners and ad dollars to its platform and shows, so the platform has stood firmly behind its star podcaster. That said, the streamer’s push into the podcasting space hasn’t driven much growth.

Neil Young on Wednesday urged others to join him in removing music from Spotify. “I sincerely hope that other artists and record companies will move off the Spotify platform and stop supporting Spotify’s deadly misinformation about Covid,” Mr. Young wrote on his website, but added that he “can’t really expect that to happen.”

Spotify accounts for 60% of the streaming of his music to listeners, said Mr. Young on his website. The folk-rock star pointed listeners to where his music is still available to stream, including Apple Music, Amazon Music and Qobuz, a high-res music streamer.

Mr. Young also thanked his label for supporting him in his wishes to leave Spotify, given that not only he himself but his record label, publisher, and other rights holders to his music will all no longer be able to collect royalty payments from the streaming of his music on Spotify.

Before his music catalogue was pulled from the service, Mr. Young had 2.4 million followers and over six million monthly listeners on Spotify.

Back in 2015, Mr. Young pulled his music catalogue from all music streaming services, including Apple Music and Spotify, over poor “sound quality.” The Canadian folk-rock sensation’s music made a return to streaming a year later.

Apple engineer Esge Andersen explained in a recent interview with What Hi-Fi that the company's intention with the audio quality of its second-generation AirPods Pro was "to give everybody an AirPods Max in their pocket." The company launched the AirPods Pro 2 with a new H2 chip, improved Active Noise Cancellation, and more battery life...
Nehal Malik
1 hour ago