According to a report by IndieWire (via Engadget), Netflix has acquired exclusive rights to the legendary moviemaker Martin Scorsese’s upcoming $100 million+ gangster flick ‘The Irishman’. The movie is believed to be in production since 2010 and is set to star Robert de Niro and Al Pacino. The story is adapted from the nonfiction book I Heard You Paint Houses about mob hitman Frank “The Irishman” Sheeran. 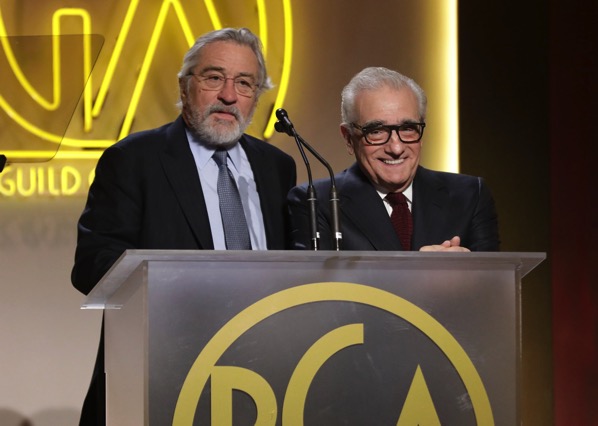 The source notes that the movie’s big budget is apparently due to the use of Benjamin Button-style special effects to make its actors appear younger for certain scenes. The movie was initially going to be backed by Paramount Pictures, but with its 12-year chairman Brad Grey heading out the door, Scorsese’s team put together another package. “Scorsese’s movie is a risky deal, and Paramount is not in the position to take risks”, said a person familiar with the deal.

“Paramount hedged its bets by picking up North American rights while foreign sales company Mexico’s Fabrica de Cine (“Silence”) put the movie up for auction at Cannes. In a bidding war with Lionsgate, Fox and Universal, “The Irishman” sold for $50 million to rising studio STX Entertainment. That was the price, because Scorsese’s rambunctious Leonardo DiCaprio comedy, “The Wolf of Wall Street,” was a global hit ($392 million).

Now, per their usual custom, Netflix is acquiring all world rights. That means STX is likely out, as is Media Asia, which picked up distribution rights for China”.

The movie has no official start date, but sources say it is aiming for 2019 release.

Samsung Canada has just announced the LCD Glass Panel Replacement Program, a new repair service that serves as a more environmentally conscious option for replacing LCD screens on select Samsung devices. Through the new program, customers will receive high-quality repair service that will replace a damaged LCD glass on their smartphone instead of having to...
Usman Qureshi
4 mins ago

Facebook has today announced some new ways to customize what you see in your Feed, including an option to select 'Show more' or 'Show less' on a post to see more of what you want and less of what you don’t. Along with updates from your friends, Groups, and Pages, Facebook recommends posts from creators...
Usman Qureshi
21 mins ago