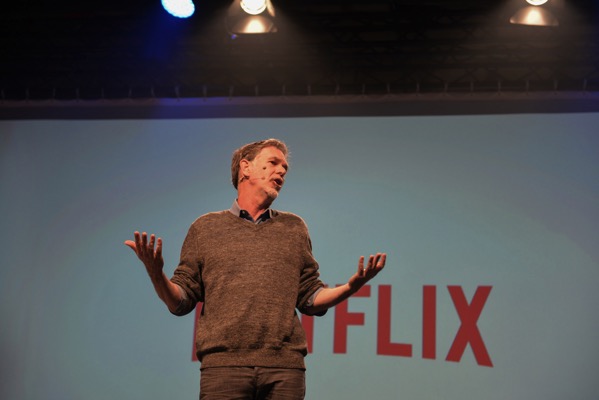 Netflix is on track to exceed $11 billion in revenue this year. According to the company’s Q3 earnings report, Netflix is “growing nicely across the world” and that “internet entertainment is delighting consumers”.

Despite recent subscription price hikes, Netflix has over 109 million subscribers, and remains clearly on top of the video streaming market.

“We continued to benefit from a strong appetite for our original series and films, as well as the adoption of internet entertainment across the world.”

Eyebrows raised when Netflix upped the cost of its subscriptions last week, but the move didn’t backfire as the company’s shares hit an all-time high on Friday, briefly surpassing $200 for the first time ever.

Netflix has announced today they are rolling out the ability to great game handles, which are public usernames that can be used across the company’s slate of mobile games on iOS and Android. Supported games will have leaderboards such as Rival Pirates, Dominoes Café and Lucky Luna. How to create your Netflix game handle? It’s […]
Gary Ng
14 mins ago

Apple today started rolling out iOS 16.1 beta 3 for developers, with a public release of the build expected soon. YouTuber zollotech rounded up all of beta 3's changes in a recent video. iOS 16.1 beta 3 comes with a modem update that could resolve connectivity issues for users that were facing any, and other notable...
Nehal Malik
17 mins ago