Netflix on Apple TV has gained the post-play feature the company debuted back in 2012 for the web and last spring for iOS users. When users reach the end of one episode, the app now automatically cues the next episode for immediate playback, as seen below: 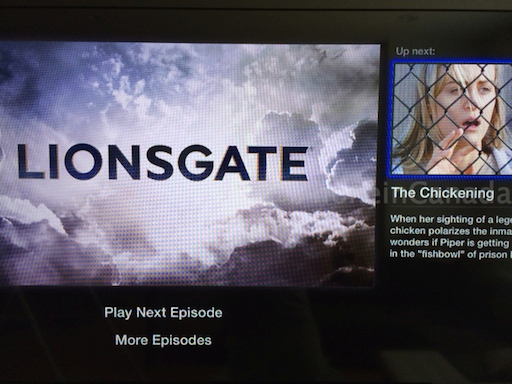 The feature will most likely encourage further binge-viewing by users, which will keep Netflix happy.

Want to watch the US Netflix library? Here’s a tip on how to watch Netflix USA in Canada on your iOS device, if you haven’t checked it out already.