Netflix has released their monthly ISP speed index and again Canadian data has been made available.

Looking at the chart below, the changes saw Rogers’ cable internet jump up two spots, Eastlink’s high speed drop one spot, along with SaskTel’s fibre optic. TELUS went up a spot, while Teksavvy dropped one spot.

The average speeds listed below are all fairly close together in the middle of the pack and how much impact this has on streaming also depends on your Internet, hardware and what you’re watching. 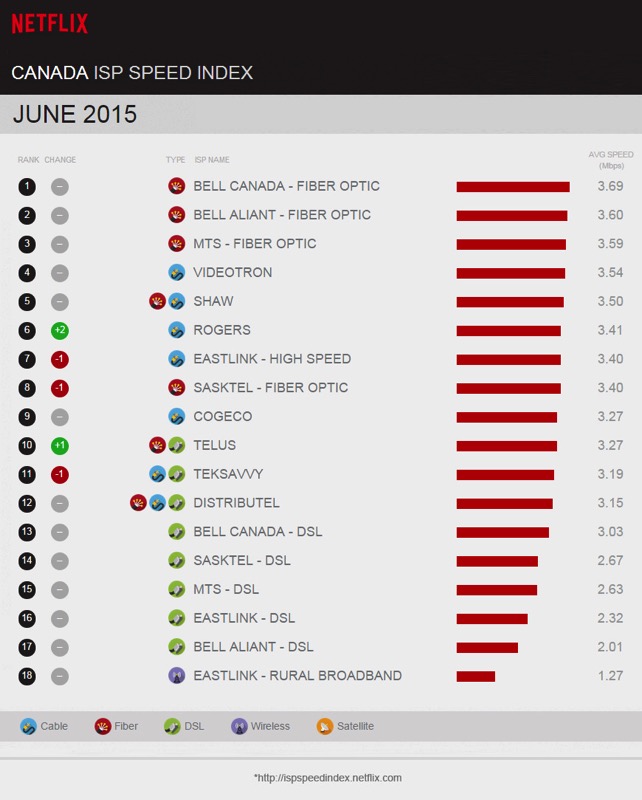