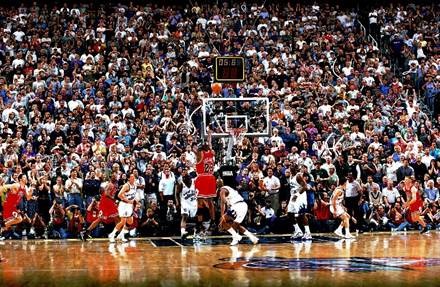 The series will be directed by Jason Hehir (“Andre the Giant”) and produced by Mike Tollin (“Coach Carter”), to “examine the simultaneous rise of Jordan and the NBA during those years,” featuring video footage from the Bulls’ last championship run, with scenes from 500 hours of never-before-seen footage from the team’s 1997-1998 season.

The documentary series will have “the full participation of Jordan and other key figures from the Bulls’ championship teams,” and is set to premiere in 2019. The documentary will be produced by Mandalay Sports Media, along with NBA Entertainment and Jordan’s Jump.23.

If you grew up watching the Chicago Bulls in the 1990s like I did, you’re going to want to watch this to re-live those championship moments—on Netflix.