Today marks the launch of Netflix’s original TV series Marco Polo, a 10-episode first season which had a reported budget of $90 million, produced by the Weinstein Company. 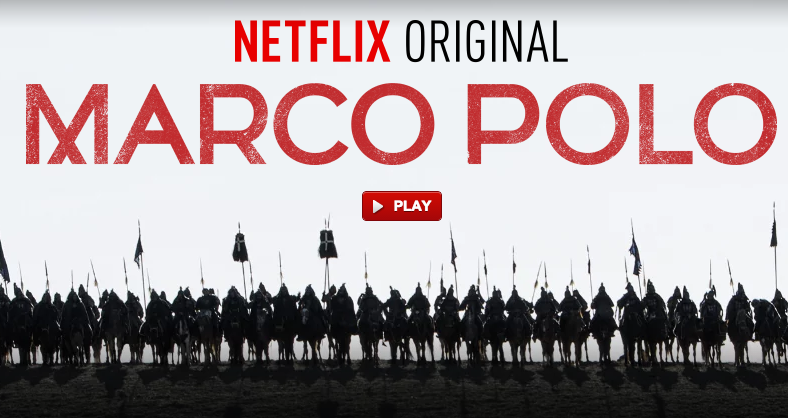 “We call the sections hours, not episodes. This is basically a ten hour long movie,” Mr. Fusco said. “It’s like literature, it’s a very novelistic format. You close a book at the end of a chapter, you don’t have to wait until next week to go to the next chapter. That’s so freeing as a storyteller, and as a viewer.”

Netflix had a huge budget for this series as the show was filmed on location in Malaysia, Kazakhstan and Venice. The main throne room took over three months to build, while at height of production the construction crew numbered 400 and an art department of 160 people. The costume designer for the production was Tim Yip, who previously won an Oscar for Crouching Tiger, Hidden Dragon.

If you need a show to binge-watch during Christmas on your iPad while hiding from your family behind the tree, this might be it. Some say this is Netflix’s attempt to create their own Game of Thrones, as the show has extensive scenes of violence and also throws in nudity for good measure.

So far, Marco Polo has garnered an average rating of 4.4 stars out of 5 from 460 ratings by Netflix viewers. Let us know what you think of this–it might hold you off before House of Cards returns for its third season in late February 2015.