Netflix Responds to Reports of Crackdown on VPN and Proxy Users

On the weekend TorrentFreak reported Netflix had begun cracking down on users that accessed the streaming video service via VPN or proxies, to access foreign libraries other than their home country:

Over the past weeks Netflix has started to take action against people who use certain circumvention tools. The Android application started to force Google DNS which now makes it harder to use DNS based location unblockers, and several VPN IP-ranges were targeted as well.

One VPN provider, TorGuard, noted in mid-December a “handful of clients” reported temporary problems accessing Netflix via VPN or proxy.

TorGuard’s Ben Van der Pelt suspected Netflix “may be testing these new IP blocking methods temporarily in certain markets. At this time the blocks do not seem aggressive and may only be targeted at IP ranges that exceed too many simultaneous logins.” 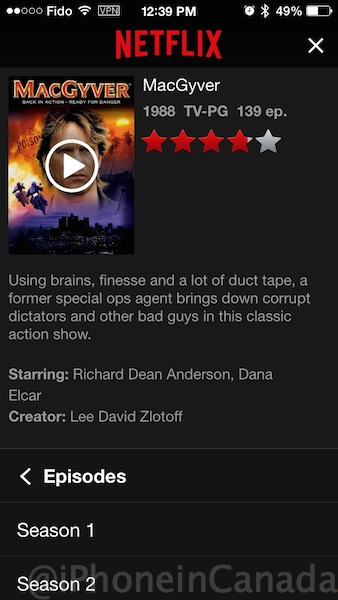 Netflix has responded to these reports by issuing the following statement to the Canadian Press:

“Virtually crossing borders to use Netflix is a violation of our terms of use because of content licensing restrictions. We employ industry standard measures to prevent this kind of use. There hasn’t been any recent changes to the Netflix VPN policy or terms of use,”

Take that statement for what it’s worth. We know numerous Canadians are already accessing Netflix libraries in the U.S. via VPN services or proxies. Could the days of watching U.S. Netflix in Canada come to an end soon (MacGyver needs you).