Netflix has launched a speedtest for their members to test worldwide, to see their download speeds from the company’s servers.

All you have to do is visit Fast.com (nice domain!), and immediately the site starts testing your download speed. The company explains ping, latency and other tests are not measured because they wanted to make the test as simple as possible for “people who are consuming content on the Internet,” and not some sort of “engineer’s analysis and diagnostic suite.” 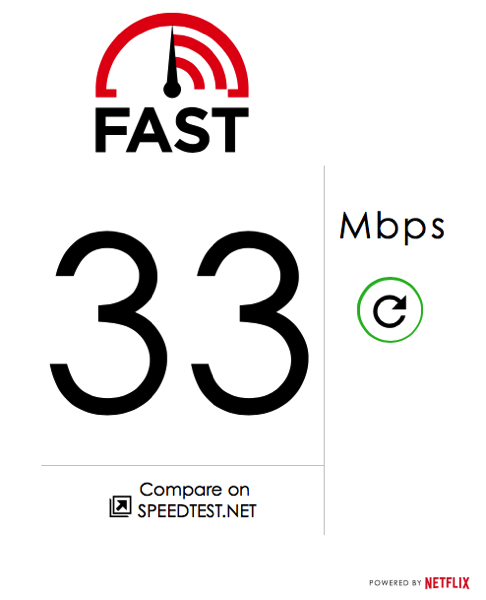 Our 50 Mbps Telus Optik connection via Fast.com via our AirPort Extreme; Somebody help me optimize this please

The download numbers are calculated based on downloads from Netflix servers and works globally from any smartphone, laptop or smart TV with browser. Netflix explains the reason they launched Fast.com was to allow for members to see a “commercial-free way to estimate the speed their ISP is providing.”

Netflix says if members are not getting the download speeds they are paying for as shown by Fast.com and other speed tests often, they should contact their Internet Service Provider about the results.

Let us know how your Fast.com speed test goes!