Netflix CEO: VPN Backlash is From Small “Vocal Minority”, Not a Big Deal [u]

Netflix told us the VPN crackdown was coming, and albeit slowly, it’s getting harder and harder for Canadians and other users to access libraries outside their home countries. 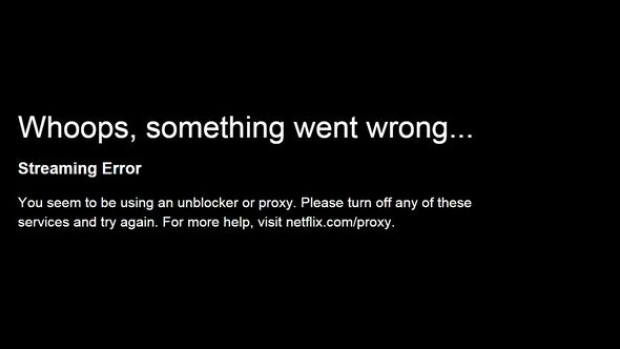 The reason for banning proxy access to other Netflix libraries was to respect content distribution rights. While Netflix originally said not much would change, over the past while Canadians and other VPN users have complained their proxy services no longer work with the streaming service.

There are dedicated sub-Reddits on the subject of bypassing Netflix restrictions and so far, it appears the company is winning.

During its recent 2016 Q1 earnings conference call, when asked about VPN changes on results, Netflix CEO Reed Hastings addressed the impact as a minor detail, not significant enough to show any changes in their subscriber numbers or financials (via Torrent Freak):

“It’s a very small but quite vocal minority. So it’s really inconsequential to us, as you could see in the Q1 results,”

Netflix CFO David Wells added there was strong growth in the United States and globally still, so despite VPN users complaining about being shut out, not enough people have cancelled in hordes to show any impact on the company.

Recent stories by the CBC and more note Canadians are “outraged” at Netflix’s VPN blockade, citing angry users on Twitter who claim they have cancelled Netflix and are going back to torrenting. OpenMedia’s petition against Netflix and their VPN ban has accumulated over 43,000 signatures.

While companies such as Unotelly and Unblock-Us allowed proxy access to other Netflix regions, they’ve either been banned by PayPal to accept payments and their proxies no longer work.

Update: StreamJackTV does not work with Netflix; while we were able to load the video library, playing a video was a different story. Apologies everyone.

As you can see below, after changing our DNS to a U.S. address, Netflix on iOS showed their U.S. library, indicated by the addition of Anthony Bourdain, Parts Unknown (which is not available in Canada): 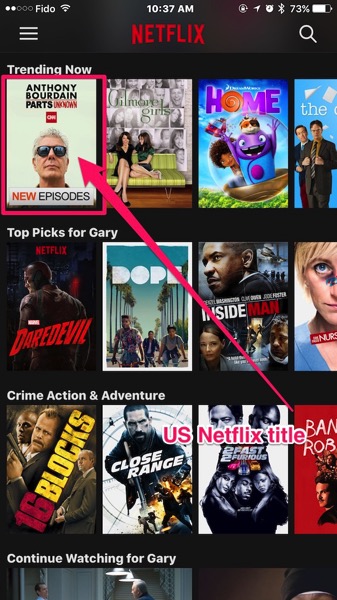 When we revert back to our old DNS, within Netflix Canada, nothing shows up when we try to search for the same thing: 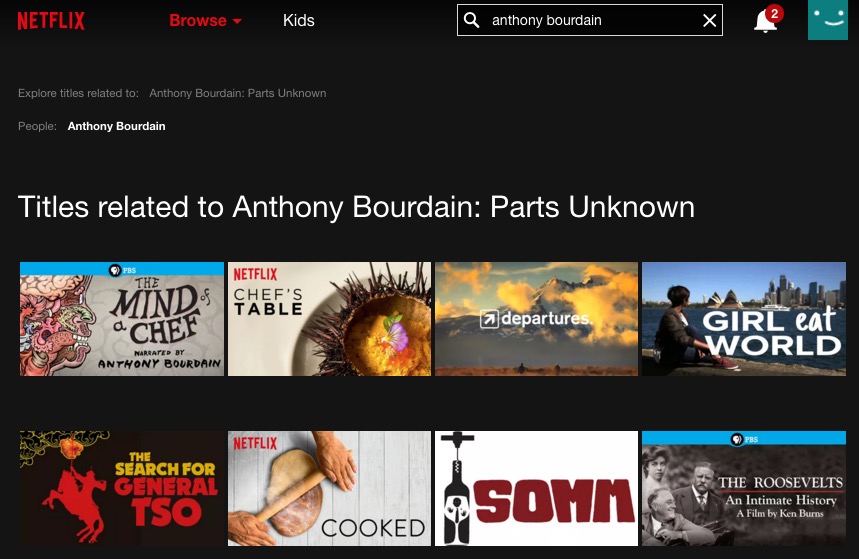 Netflix currently has 81.5 million users worldwide; earlier this week the company suggested it is now keeping an “open mind” about offering offline downloads for its customers.

Netflix starts at $7.99/month in Canada for its basic plan, while their HD and Ultra HD plan with the ability to watch on four screens is $11.99 per month.