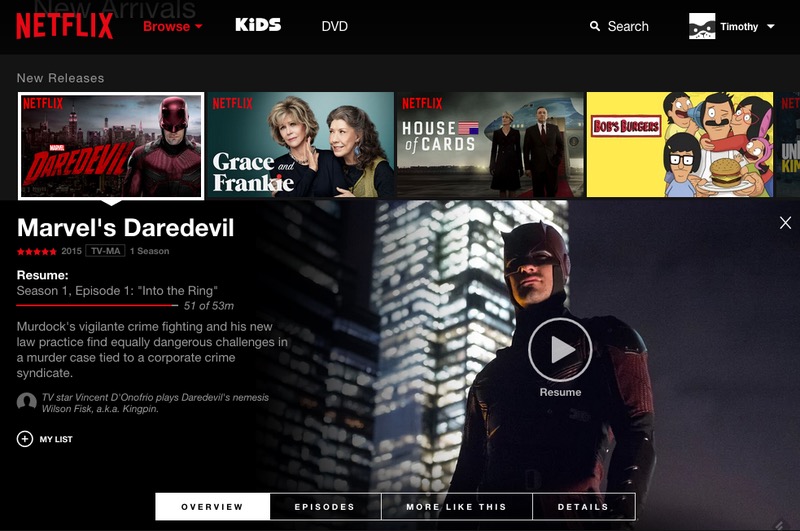 A study released by Netflix, which they emailed to us, reveals more details of the way we “binge-watch” TV shows. Netflix said customers who chose to watch an entire TV season finished it on average in just one week, watching a little over two hours a day.

These are some of the findings from a study Netflix released Wednesday after tracking its global base of subscribers and how they watched the first seasons of more than 100 television series during a recent seven-month stretch.

Using median figures, the findings reveal that some shows are consumed quickly, while others are viewed at a slightly slower clip. 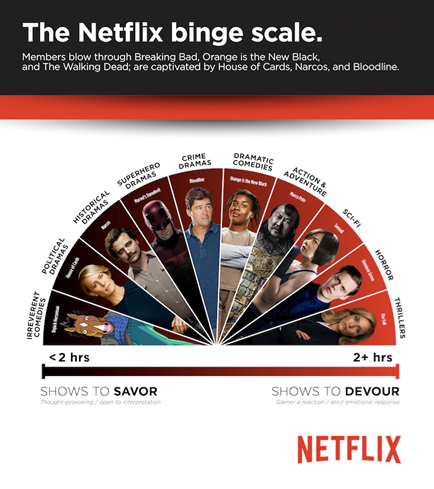 It said viewers typically binged on thrillers such as Breaking Bad and The Killing, but were more likely to take their time over the more political narratives of House of Cards or Homeland.

Netflix has its own index which it calls the “binge scale”, ranging from “savor” at one end to “devour” at the other. On the “savor” we have shows like Arrested Development, Homeland and their award-winning House of Cards. On the “devour” end, we have shows like The Walking Dead, Breaking Bad, and Dexter.