Following the drone video update on Apple Campus 2 showing how the construction is progressing, the Silicon Valley Business Journal has uncovered how Apple is paying attention to every detail of the construction, even to the less glamorous accessories and outbuildings. 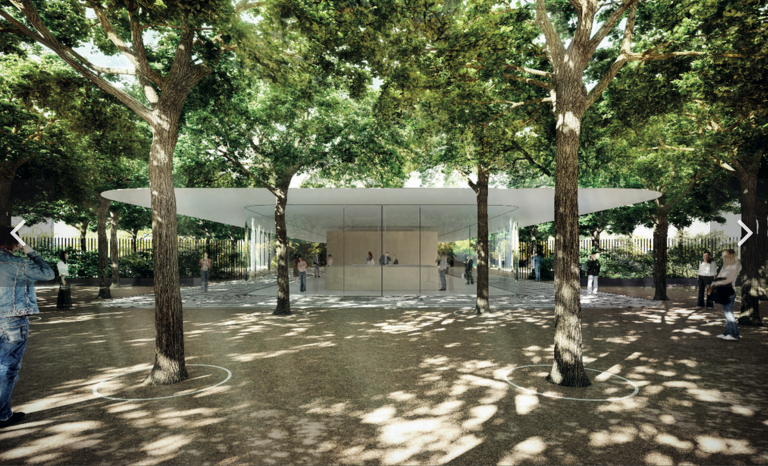 Apple is seeking architectural review for two small reception buildings, a couple of outdoor food stations inside the circular courtyard, and a “decidedly modern maintenance shed”, all of which are elements of the already approved Apple Campus 2.

As the published renders show, the aforementioned elements show a “careful relationship” with the aesthetics of the headquarters building, described in detail by the SVBJ report since the reception building is representative:

The reception buildings, for instance, are described in Apple’s planning application as “the main pedestrian entrances to the Apple Campus II site.” It goes on: “Their function is representative because they promote the face of the entire Campus.”

The shape of the buildings “is an elongated rectangle with soft corners,” it states, and they “follow the same aesthetics language as the Main Building. The details are reduced to a minimum and all structural elements, fixings and devices are well integrated and concealed into the building elements.” 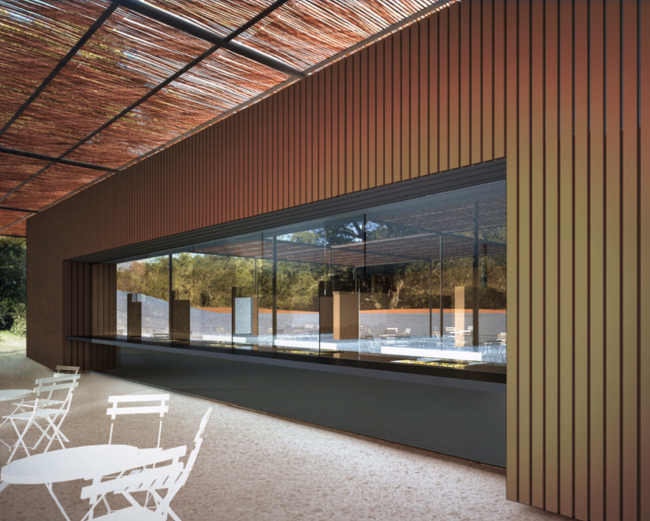 The maintenance shed and food shacks are also simple, but don’t directly reference the look of the Campus’ circular structure.

These are just tiny elements of the bigger Campus 2 circle, but they also play an important role.