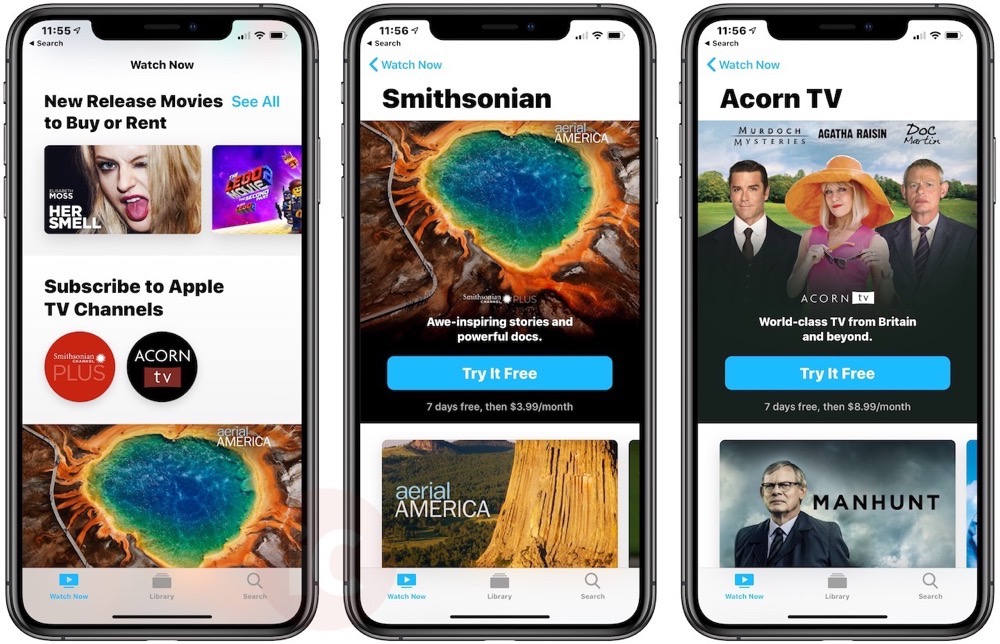 With the release of iOS 12.3 and tvOS 12.3 yesterday, Apple launched its overhauled TV app, bringing new Apple TV Channels users can subscribe to right on their devices, with all payment and content handled by Apple.

In Canada, the new TV app gains only two Apple TV Channels: Smithsonian and Acorn TV. These channels are also available in the U.S. as well, while our American neighbours gain others such as HBO, Showtime, Stars and Cinemax. Due to regional licensing, these aforementioned channels are owned by Bell Media in Canada.

There’s no word whether Bell Media would join Apple TV Channels, but with Game of Thrones on Crave, Apple helped the latter app become one of the most popular in the App Store, getting featured heavily prior to the launch of the eighth season.

Again, these two Apple TV Channels aren’t exactly the most enticing to subscribe to, but that’s what we have in Canada for now. Apple may detail more channels at WWDC in June or at an expected fall iPhone event in September.

Are you subscribed to Smithsonian or Acorn TV on your iOS devices and Apple TV?