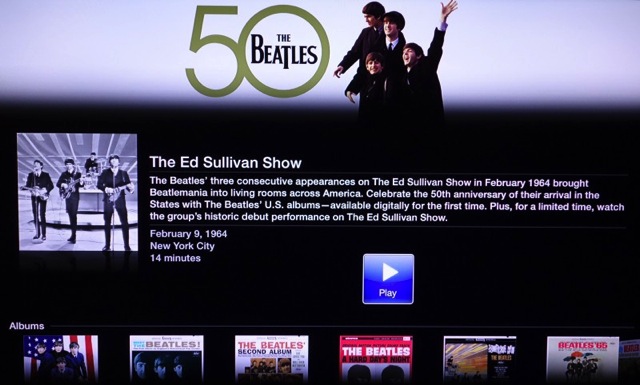 In addition, The Beatles’ Apple TV channel offers download links to the group’s U.S. releases, which are available digitally for the first time on iTunes.

Steve Jobs, who was a big fan of The Beatles, something he confessed to Walter Isaacson in his biography, used to own 7 albums from the band on his iPad. Their music first came to iTunes in 2010, selling 2 million songs and 450,000 albums in its first week. The group also released 27 exclusive ringtones through the iTunes Store in 2012, including hits like “Can’t Buy Me Love”, “All You Need Is Love”, “Yesterday” and “Eleanor Rigby.

The Roku Channel has shared its list of free movies and TV shows hitting the ad-powered streaming service in Canada for October 2022. Check out the full list below Movies The Death and Life of John F Donovan The Intruders Mama Rhymes for Young Ghouls Wolves The Woman In Black Alaskan Nets The Delinquent Season […]
Gary Ng
54 mins ago