Last week, it was reported that Apple’s Arizona sapphire glass plant is being prepared for mass production of sapphire displays for the next generation iPhone and iPad devices. Today, a new report is claiming that in order to ensure its new Arizona facility can operate without the use of fossil fuel-burning power plants, Apple is building new solar and geothermal power projects in the region (via AppleInsider). 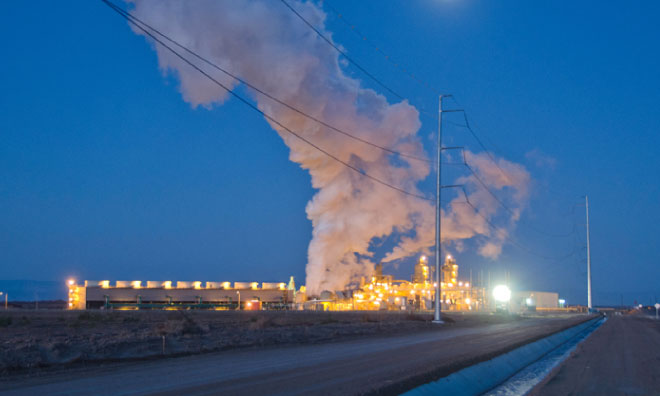 The source notes that the additional green energy capacity was one of several concessions made by Arizona’s governmental entities in order to land Apple’s business. Apple is said to have negotiated directly with Arizona utility SRP to ensure the new facility could be operated without the use of fossil fuel. “It’s not like getting an extension cord and plugging it in,” Mesa, Ariz. mayor Scott Smith said. “These deals live and die many times before they come together.”

It is also said that SRP has signed several new agreements to purchase as much as 75 megawatts of energy from renewable sources in recent months, though it is unclear how much of that is related to the Apple deal.

Those agreements are in addition to the more than 700 megawatts of green power SRP already purchases. SRP has not said exactly how much it expects the Apple facility to draw, only that it believes the factory will “add significant electrical load.”

The Arizona plant will not be the first Apple facility to depend entirely on renewable energy, as the company is moving towards dropping power from fossil fuels entirely.