Google has announced a new version of Google Maps for iPhone plus a dedicated iPad version will soon be hitting the App Store. The design will be an iteration of the initial Google Maps for iOS design that launched last year. The company has also announced Google Latitude has been retired, ready to die in a fire (it was doomed when Find my Friends launched; it definitely was one of the best ways to track/stalk your friends and family).

Today we’re introducing a new Google Maps app for Android smartphones and tablets, also coming soon to iPhone and iPad. It’s a new mapping experience that makes exploring the world and getting to the places that matter to you a lot faster and easier. The app is gradually rolling out globally in Google Play and will be available soon in the App Store.

The new Google Maps for mobile builds on the design we released for iPhone last December and improves on it with a few useful search and navigation features. And it’s the first dedicated app for Android tablets and iPads. We’re also retiring Latitude and are making some changes to offline and My Maps which we’ll explain in more detail below. 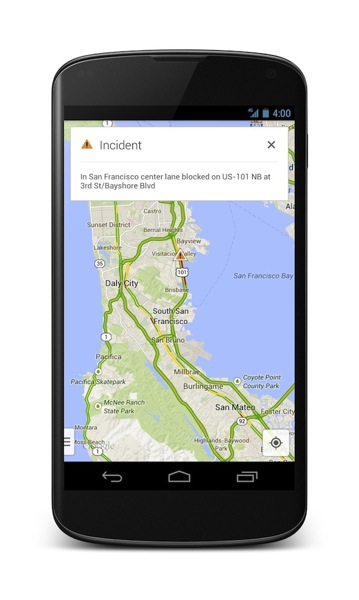 The world first saw an iPad version of Google Maps when the company demonstrated one live at its 2013 I/O developer conference, where it first announced new maps would be coming this summer.

Apple, it’s your move (it’s been their move for a while now). Who’s looking forward to this Google Maps for iPhone, iPad update?