Australian site Macfixit has posted what it claims to be the rear cover for Apple’s iPhone 6:

We have just received from our contact in China a photo of what seems to be the back of an iPhone 6. 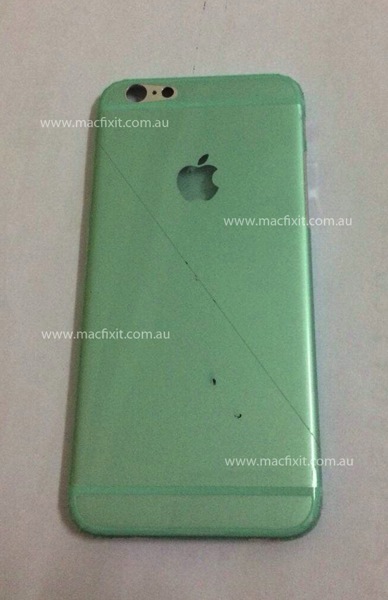 This back cover looks to be covered in some a green protective film and looks similar to other physical iPhone 6 mockups making their away across the web.

What’s different with this back cover is the Apple logo is present and appears to be translucent. The cutouts are still present for the camera and the device’s flash, which now appears circular instead of the pill-shaped True Tone flash found on the iPhone 5s. Of course, take this image with a grain of salt as it could be a fake from any factory in China.

Apple is rumoured to release a 4.7-inch iPhone 6 as early as August, if rumours hold up, and a larger model later in the year.