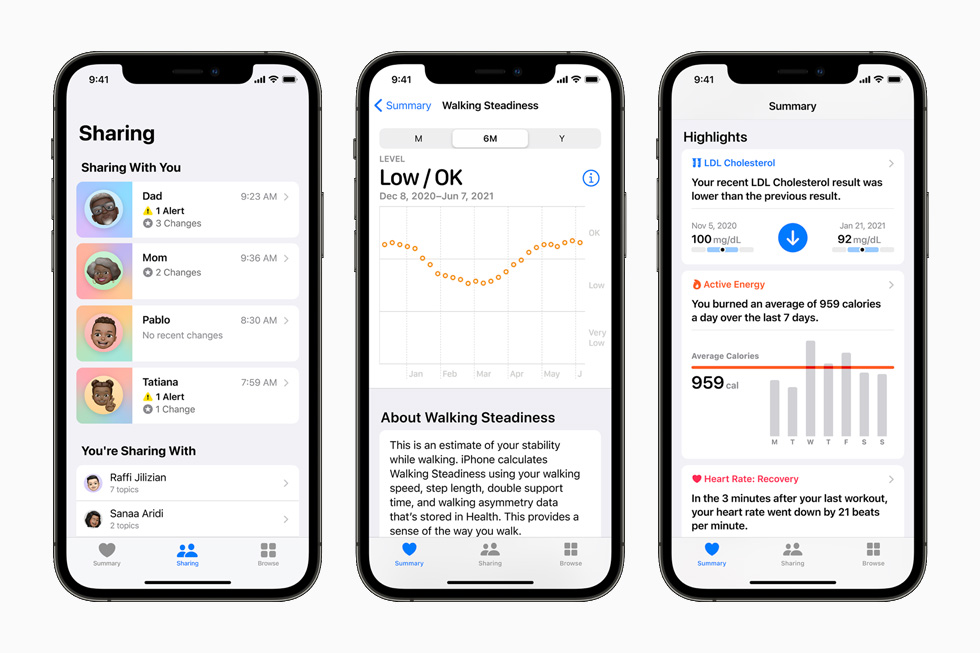 With Apple’s documented interest in expanding its health and wellness footprint, it’s no surprise that the WWDC keynote earlier today was jam-packed with news of new health features coming soon to both iOS and Apple Watch:

“This past year has emphasized the importance of health, and we’re enabling our users to take a more active role in their well-being. We’ve added powerful features that give users the most comprehensive set of insights to better understand their health trends over time,” said Apple’s Chief Operating Officer Jeff Williams.

Apple’s new health and fitness features are slated to roll out with iOS 15 and watchOS 8 later this fall. While iOS 15 will be available on iPhone 6S and up, some new features like Walking Steadiness will only be available on the iPhone 8 and later models.

SaskTel and Stafford Communications are partnering to bring more advanced broadband solutions and faster internet to rural parts of Saskatchewan. Part of the Rural Broadband Partnership Program (RBPP), Stafford Communications plans to expand its network and begin delivering internet speeds of up to 100 Mbps under this collaboration to: Crystal Springs Jumping Lake Struthers Lake Tarnopol...
Usman Qureshi
12 mins ago

Sony has just revealed its lineup of free games coming to PlayStation Plus this month, which will be available to download starting February 7th. Starting at $11.99/month, the PS Plus subscription unlocks online multiplayer and gives members access to a set of games every month that they can claim and install for free. Players can subscribe...
Usman Qureshi
27 mins ago

Recently released iOS 16.3 has fixed an Apple Maps security bug that may have allowed some apps to collect user location data without permission, 9to5Mac reports. Last week, Apple released iOS 16.3 and iPadOS 16.3 with a bunch of new features including: Support for physical security keys as part of the two-factor authentication sign in...
Usman Qureshi
49 mins ago