As spotted by the folks over at 9to5Mac, Logitech’s website for the Crayon Digital Pencil has referenced a list of iPad models with which its new stylus works, including the yet-to-be-announced new iPad Pro models. 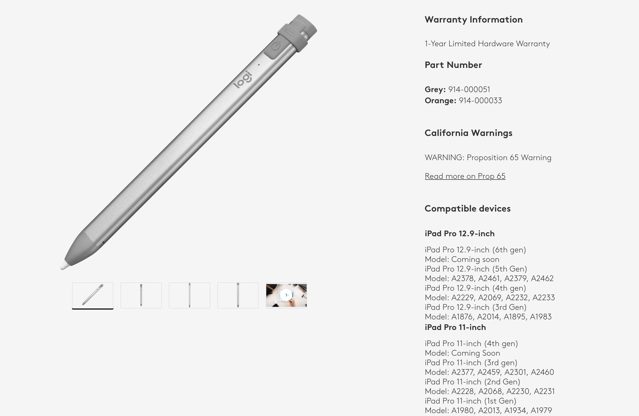 The following two models have been added to the list of iPads compatible with Logitech’s new accessory:

The Logitech Crayon was first announced during Apple’s education-focused special event back in 2018. The iPad maker has worked closely with Logitech on its Crayon, which is why the company can sell the only third-party stylus that has the same functionality within iPadOS as Apple’s own Apple Pencil accessory.

Because Apple works exclusively with Logitech on this, it’s likely that Logitech does have information in some capacity about upcoming iPad Pro updates. Furthermore, this could be an indication that Logitech is preparing a new version of its Crayon accessory that doesn’t use Lightning.

Alongside these new iPad Pro updates, Apple is also expected to release a new version of its entry-level iPad that switches from Lightning to USB-C for charging.