If you’ve been waiting for a new Kindle Paperwhite, it has arrived from Amazon today, as the company has unveiled their new thinner, lighter and now waterproof e-reader in Canada. It is available for pre-order at $139.99 CAD, set to arrive on November 7, 2018. 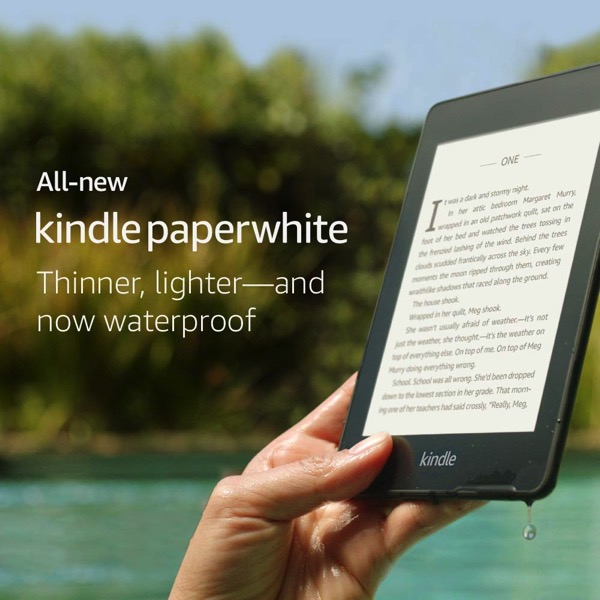 This new Kindle has a new flush-front design, while the company says it is the “thinnest and lightest Kindle Paperwhite yet,” at 8.18mm thick and weighing 182 grams. The high resolution 6-inch touchscreen display sports 300 ppi and battery life measured “in weeks”.

What makes the Kindle Paperwhite so great is its front-lit design, allowing you to read in all sorts of environments, powered by five LEDs. Instead of having an LED display shine at your eyes such as iPad or iPhone, this front-lit design allows for a more natural reading experience, with light shining down on the display.

It is also the first fully waterproof Kindle Paperwhite, with an IPX8 rating, meaning it can survive in up to two metres of fresh water for an hour. The new Kindle Paperwhite also now has double the storage compared to before, with 8GB, while a 32GB option can store all the books you could ever read.