Citing a reliable source, a report by MacRumors is claiming Apple has rolled out updated Mac Configuration Utility to its authorized technicians, which includes instructions on how to place the new Mac Pro in DFU mode, hinting at an imminent release of the highly anticipated new Mac.

We have elected not to share any screenshots to protect our source, but a generic image of the Mac Configuration Utility is below. An option for the new Mac Pro has been added alongside the iMac Pro, Mac mini, and notebooks.

Our source was informed that this move likely means the new Mac Pro will be released imminently. 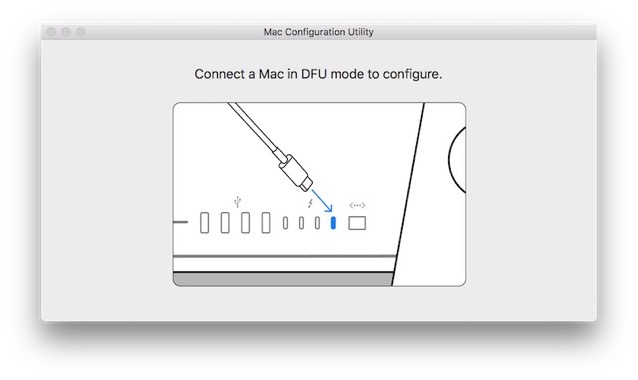 Apple previewed the completely revamped 2019 Mac Pro at its WWDC 2019 keynote event, that has been designed for maximum performance and expansion, and features workstation-class Xeon processors with up to 28 cores and a high-performance memory system with a massive 1.5TB capacity.

The new Mac Pro is expected to start shipping this fall at a starting price of US $5,999. However, should you choose to order a maxed-out machine, it is going to cost you approximately $60,417 CAD.