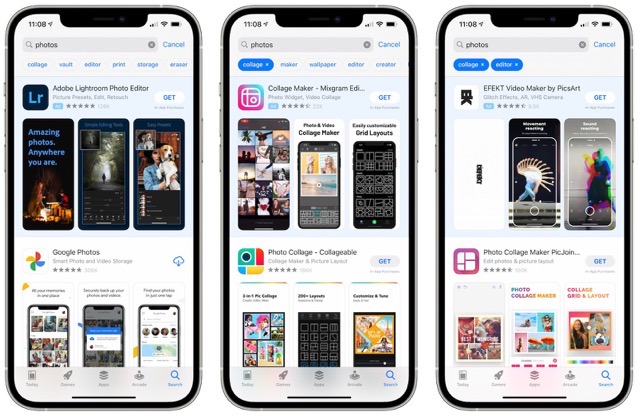 As spotted by MacRumors, Apple has just introduced new search tags in the App Store in an attempt to improve and refine popular search results. The feature is currently being rolled out to a select number of iPhone users.

As noted in the MacRumors forums and on Twitter, some iPhone users in recent weeks have started to see tags in the App Store after searching for a popular term like “photos” or “wallpaper.” After searching for “photos,” for example, some of the tags that can be selected include “collage” or “editor” or “storage.”

The source notes that when a user taps on a tag, the App Store’s search results get curated. So for instance, if a user searches for “photos” and then taps “collage,”  the search results will be narrowed down to apps that can be used to make photo collages.

Currently, the feature is only available to a limited number of users in the United States. Moreover, most users that see the tags are running the iOS 14.5 beta, although one user has also claimed to see them on iOS 14.4.2.

Apple says 70% of App Store visitors use search to find apps, suggesting the tags feature should benefit most users looking to find the perfect app from a catalog of over two million apps.

Let us know if the new App Store search tags feature has been enabled for you in the comments section.