Lots of people have been wondering what we can expect from the next generation iPhone. It’s always hard to guess since Apple is pretty good at keeping launches ho-hum until the last minute.

Well, MacRumors is reporting some very intriguing details that were supposedly “leaked” by a Chinese website forum. I would say out of all the rumors out there, this one seems the most “authentic” if you call it that. Here’s a screenshot that was posted… 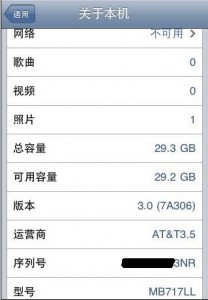 The next iPhone is supposed to have the following improvements:
– 600MHz CPU Speed (up from 400MHz)
– 256MB RAM (up from 128MB)
– Digital Compass and FM
– 3.2 megapixel camera with auto focus
– 32GB size
– No major changes in battery, screen and external casing.

Also, the image posted depicts a new iPhone model number that has 32GB of storage. I’m a bit skeptical at these minor improvements, as you would think Apple would definitely step up and change the game once again with their next iPhone.

Also, I don’t know if these Chinese factory workers would be willing to put their jobs (and possibly lives!) on the line for the sake of leaking iPhone details. You never know when you might just “disappear” in communist China! muahaha!

My Wishlist For the Next iPhone

If the above details were true, I would say that’s a pretty minor update that wouldn’t be worth upgrading to if you have an iPhone 3G. I would like to see the following issues addressed by Apple:

Anyways, WWDC 2009 is around the corner and when it starts, get ready for the launch of OS 3.0 and possibly a new iPhone announcement. Once we go deeper into May, expect juicier iPhone details to be announced on the interwebs!

What would you like to see addressed in the next iPhone?