As pointed out by the folks over at iDB, an interesting retweet by hacker @iH8sn0w suggests that future iPhones, iPods and iPads may also come in 128GB models. The original tweet by @iNeal claimed that a new system partition key size in the iOS 6.1 Beta 5 BuildManifest hints at upcoming 128GB iOS devices. 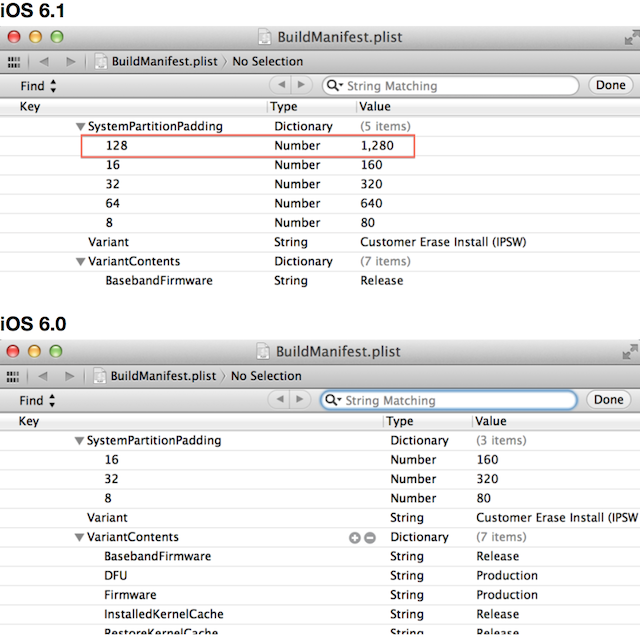 “Notice the field labeled SystemPartitionPadding. As you can see, this field has an additional 128 key, which opens up the possibility of seeing 128GB iOS devices”.

Screenshots comparing the key values from the beta iOS 6.1 firmware, and the public iOS 6.0 firmware have also been posted for reference (above).

Of course there’s nothing certain so far, the evidence does point at Apple’s plans to introduce iOS devices with 128GB of space in future.