So what did you think of Rogers’ NHL debut last night? It was definitely a throwback seeing and hearing former longtime TSN broadcaster Paul Romanuk call the Canucks game (he was smart to delete his Twitter account). 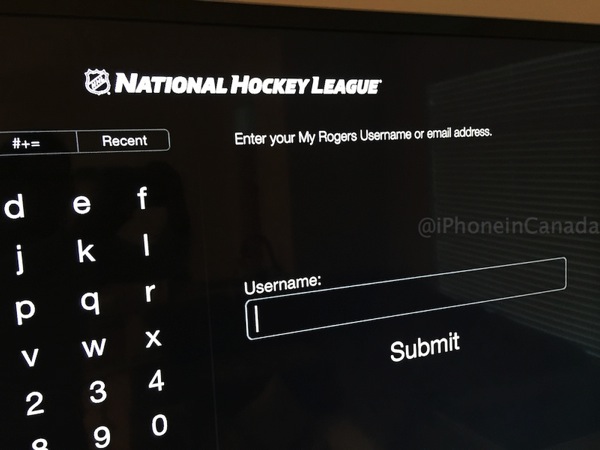 @iPhoneinCanada Just signed into the NHL app on my Apple TV using my Rogers login. Taking advantage of the free promo until Dec 31.

To access Rogers GameCenter on iOS devices, users need to download the official NHL iOS app, as the sign in for customers is found deep within the settings page.

To their credit, they gave fans a solid hockey broadcast with the occasional innovation thrown in. Some of it worked brilliantly, some of it not so much. But credit to Rogers for trying some new things and for not trying to reinvent the wheel. Fans can look forward to things getting even better as the season goes on.

No doubt the producer had to work hard to hold himself back from using the SkyCam, RefCam and POVCams every few minutes. They were used, but in moderation. The game looked like a hockey broadcast with a few tricks thrown in.

The new camera angles via ‘Game Plus’ shown sporadically throughout the game was pretty cool, particularly the RefCam (that is if it didn’t give you nausea on your big screen TV).

For those that signed into the NHL app on Apple TV, how did GameCentre work out for you?