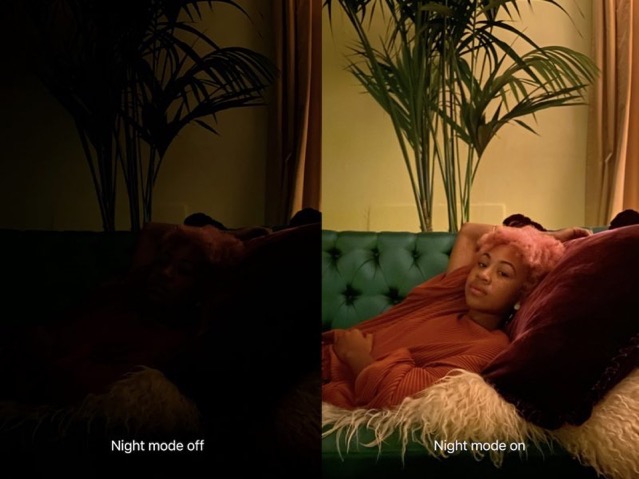 Apple’s new flagship smartphone lineup consists of iPhone 11 and iPhone 11 Pro/Pro Max, all of which sport upgraded cameras with a new ‘Night Mode’ feature which according to Apple, uses hardware as well as machine learning to produce amazing photos in low light.

While the new iPhones are yet to make their way into the hands of amateur and professional photographers, Canadian model and Nomad Management Modeling Agency founder Coco Rocha seems to have gotten an early opportunity to take a night time shot using an iPhone 11 and compare it with one captured using the iPhone X (via MacRumors).

Don’t ask me how but I got my hands on the new iPhone 11 tonight! ? Swipe through to see the difference between the 11 and the X in low light. ?#notsponsored #butapplecansponsorme #callmypeople #timapple #iphone11promax #iphoneevent #iphone11 pic.twitter.com/wZHn6ugRQv


As you can notice in her tweet above, the two side-by-side photos show a massive difference with the iPhone 11 shot captured in Night Mode showing a great bit of detail in the image as compared to the one shot using an iPhone X.