Nintendo Adds Bluetooth Headphone Support to Switch, Enabling the use of AirPods and More

Nintendo has finally introduced Bluetooth audio support on the Switch hardware. A new software update was released, enabling players to now use Bluetooth headphones like AirPods on their Switch rather than have to use those with a 3.5mm jack.

Announced last night via Twitter, Nintendo stated that the software update is now available to all Switch owners. Upon installation of the new software, users can pair their Bluetooth audio headphones to the Switch.

The latest #NintendoSwitch update is now available, including the ability to pair Bluetooth devices for audio output.

For more information, including restrictions on some features while using Bluetooth Audio, please visit the support page: https://t.co/vzAB6lZTDu pic.twitter.com/6J5xcDl5kU

In order to start using your AirPods or other Bluetooth audio devices, you must simply head over to the ‘System Setting’ menu on the Switch, navigate to the new ‘Pair Device’ option and pair your device. Afterwards, you’ll be able to monitor your device and the volume by accessing the Switch’s Quick Menu, where it will now display the name of your Bluetooth Audio device. 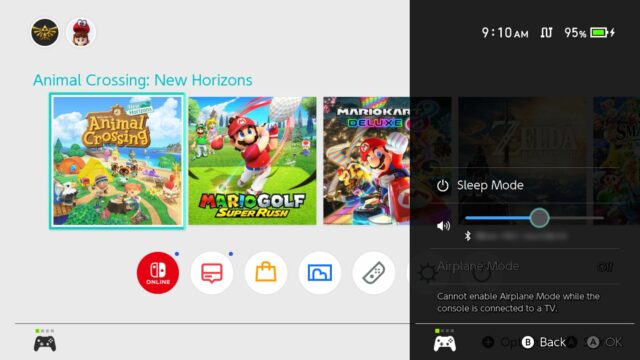 In addition to the announcement, Nintendo has pointed players to a support page that includes some vital information on Bluetooth support. When using Bluetooth audio, up to two wireless controllers can be connected to the Switch. You’ll have to disconnect the Bluetooth audio to pair a third or fourth controller. Bluetooth audio will be disconnected when starting a local wireless multiplayer game.

Nintendo also notes that only one Bluetooth audio device can be paired to a Switch at a time. Though, up to 10 devices can be saved on a system. Also, audio latency may be experienced. Finally, and this is a big one, Bluetooth audio support is output only. Therefore, you will be unable to use the microphone of your AirPod or other devices.

Bluetooth audio support has been requested by the player base since the hardware’s release in 2017. Third-party companies have found ways to support Bluetooth audio but Nintendo has streamlined the process by introducing true support, built into the hardware.