Alongside iOS 9 beta, Apple has released the tools developers need to create apps they can submit to the App Store. This year, however, is somehow different. It started with Apple announcing that it will make Swift 2.0 open source, but there is more: with Xcode 7, everyone can install and run apps on their iPhone or iPad. For free. 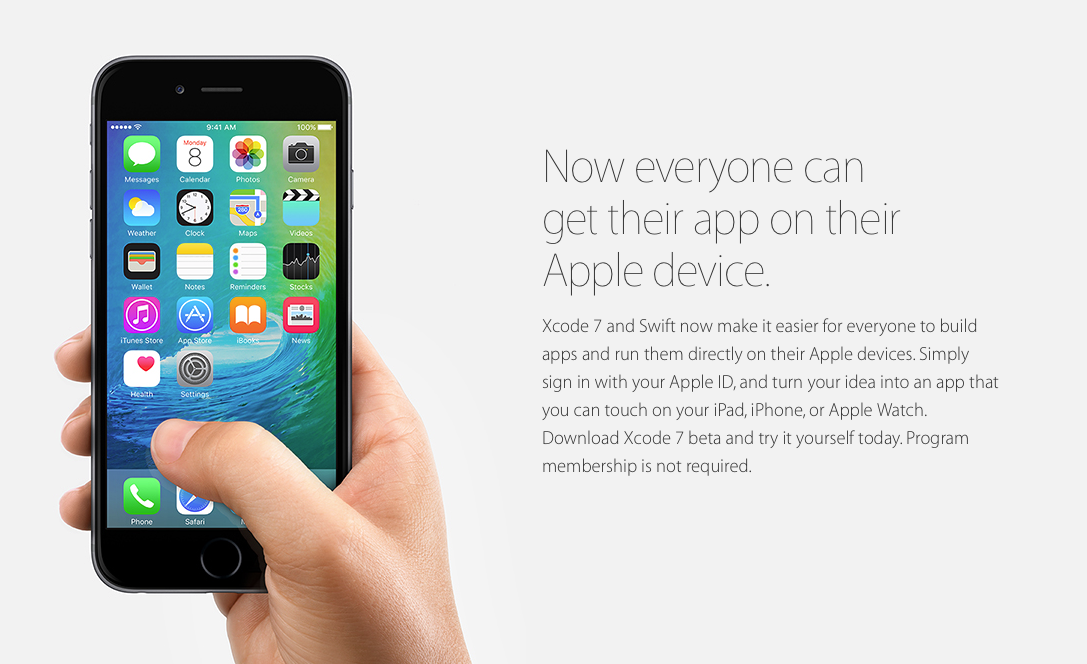 What this means is that you don’t need to sign up for the Apple Developer Program — which, by the way, was updated to combine all platforms into a single program — and pay $99 per membership per year, like you previously needed to.

Starting this year, if you have an app idea, you just need to download Xcode 7, and you can turn it into an app that works on your iPhone or iPad. The only requirement is to sign in with your Apple ID.

Presumably, this means that you can use it only on your device, but this is still fun. To reach a wider audience — aka to see your app in the App Store — however, you will still be required to enrol in Apple’s Developer Program.