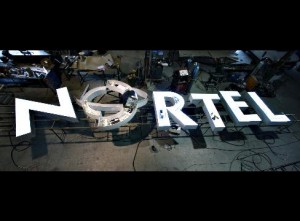 Nortel, the former Canadian telecom titan, has announced the completion of its sale of patents and patent applications to a consortium consisting of Apple and other companies, such as RIM, Sony, and Microsoft, as stated in a press release below:

TORONTO – Nortel Networks Corporation [OTC: NRTLQ] announced that it,its subsidiary Nortel Networks Limited (NNL), and certain of its other subsidiaries, including Nortel Networks Inc. and Nortel Networks UK Limited (in administration), have completed the sale of all of Nortel’s remaining patents and patent applications to a consortium consisting of Apple, EMC, Ericsson, Microsoft, Research In Motion and Sony, for a cash purchase price of US$4.5 billion.

Apple has reportedly spent $2 billion for rights to certain parts of Nortel’s patent portfolio, specifically targeting 4G patents. There were earlier concerns of the patent purchase facing a federal review in Canada, but those have disappeared. The consortium was successful in outbidding and keeping Google to the outside, as the fast-growing Android platform continues to make huge sales worldwide.