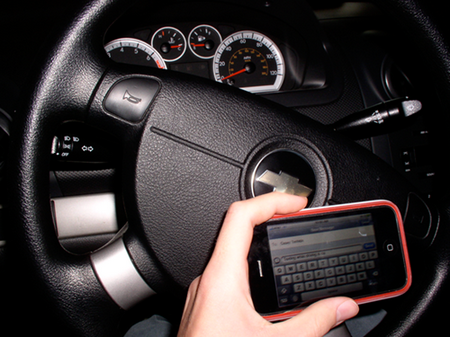 Don’t use your iPhone or any other electronic device while driving in the Northwest Territories (NWT) because you can have your driver’s licence suspended for an extended period of time. The new penalties are part of new distracted-driving legislation that was approved last week.

Although there is no information about when the changes will go into effect, it is worth noting what the distracted-driving legislation brings. If you are caught for the first time using (holding, operating, or touching) your iPhone or any other restricted electronic device while driving, you may face only a fine, but the new legislation doesn’t forgive the second, third, of fourth offence in a two-year period: your driver’s licence can be suspended for 24 hours, a week, or 30 days, respectively. And if you are caught in a school or construction zone, well, the fines can be really hefty.

Not only the N.W.T., but B.C. is also after drivers who are using their cellphones: Justice Minister Suzanne Anton promised to implement tougher penalties in the coming months.

Currently, B.C. has the lowest distracted-driving fines in Canada, with three penalty points and a $167 fine. That’s about to change, according to the minister, as she is looking to increase both the driver penalty points and fines.