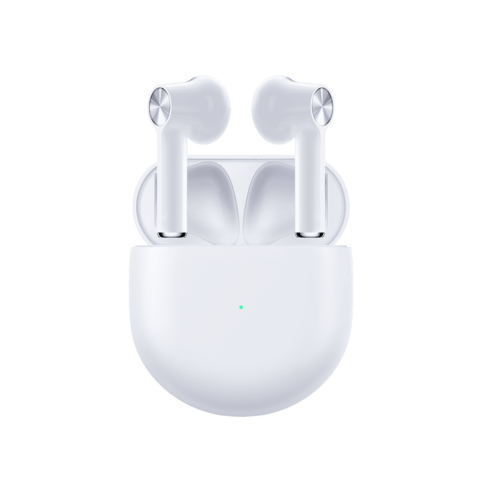 Turns out they aren’t fake at all.

The shipment, mistaken for knock off Apple AirPods, is in fact a legitimate product from Chinese smartphone and electronics maker OnePlus. The OnePlus Buds were announced earlier this year and retail for $79 USD, which brings the total shipment cost of the 2000 pairs confiscated to $158,000. That’s far less than the estimated $398,000 USD in fakes that the customs officials stated they had discovered.

In a statement released this afternoon (via The Verge), the CBP doubled down and said it didn’t make a mistake. Instead, OnePlus violated “Apple’s configuration trademark,” it said.

In response to those noting “OnePlus Buds” on the box, CBP said its “seizure of the earbuds in question is unrelated to the images or language on the box. A company does not have to put an ‘Apple’ wordmark or design on their products to violate these trademarks.”

CBP said OnePlus “will have many opportunities through the adjudication process to provide evidence that their product does not violate the relevant recorded trademarks.”

Users who have updated their Macs to last month's macOS 13.2 release are reporting that their Pioneer CD/DVD drives are no longer working (via MacRumors). Apparently, the latest version of macOS Ventura is not compatible with Pioneer's lineup of USB-connected CD, DVD, and Blu-ray drives for the Mac. Apple rolled out macOS 13.2 with support for...
Usman Qureshi
13 mins ago

Orbital Knight’s Castle Crumble has just arrived on the Apple Arcade, allowing you to embark on an adventure and conquer a variety of kingdoms. In Castle Crumble your goal is clear - castles must fall. You play to become a hero in far fantasylands. 🏰 New Release 🏰 Castles. Must. Fall. In Castle Crumble from @orbital_knight, you'll...
Usman Qureshi
26 mins ago

The folks over at YouTube channel Max Tech have today shared a comparison video of the 2023 M2 Max 16-inch MacBook Pro and the MSI Z16 PC laptop. In an earlier comparison, the new M2 MacBook Pro was pitted against the M1 Max MacBook Pro, in which they highlighted the High Power Mode on the 16-inch MacBooks. The High-Power Mode...
Usman Qureshi
35 mins ago