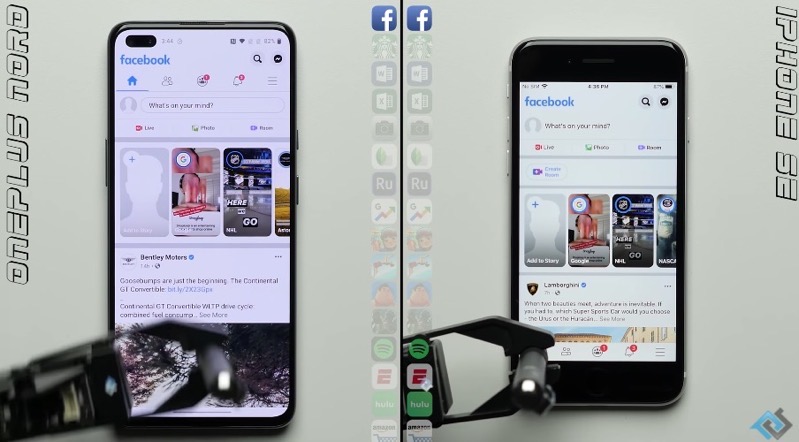 The OnePlus Nord has a Snapdragon 765G processor, 12GB of RAM, display resolution of 2400 x 1080, while running Android 10.0. The OnePlus Nord isn’t available in the U.S. or Canada but costs 379 GBP (about $664 CAD). There’s currently a beta program underway for the U.S. and Canada though, suggesting a launch is coming soon.

The tests show despite have 12GB of RAM, the OnePlus Nord cannot keep up to the iPhone SE when it comes to multitasking through a bunch of apps in the speed test.

Overall though, the iPhone SE came out on top completing the speed test in 2 minutes and 38 seconds, while the OnePlus Nord took 3 minutes.

With Google’s Pixel 4a rumoured to launch on Monday, the ‘budget’ smartphone wars look to be heating up.