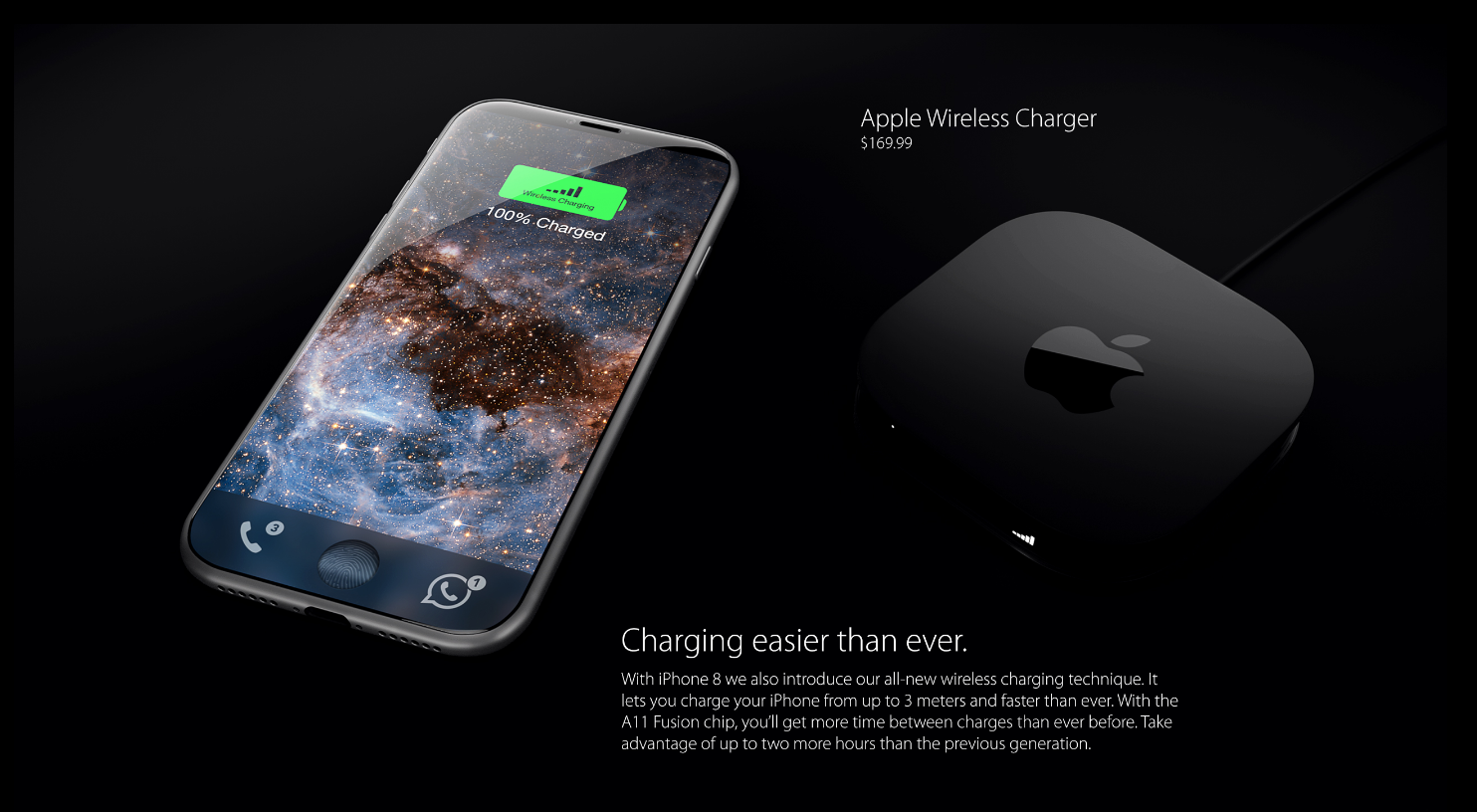 According to a new report from Japanese blog Mac Otakara, Apple has plans to release three new iPhone models later this year. Two of the models will be the same size as the current iPhone 7 and 7 Plus, but there will be an addition of a third 5-inch model with an OLED display and glass casing.

Citing “reliable sources” within Apple’s supply chain, the report notes states that only the 5-inch OLED model will adopt the glass casing and wireless charging capabilities. This report contradicts a recent report from KGI Securities analyst Ming-Chi Kuo who claimed that all 2017 iPhones will feature an all-glass design and wireless charging.

The report suggests the wireless charging will not be a built-in feature, but rather a separate accessory based on technology from Luxshare, which is the company that has been rumored to be a supplier of wireless charging coils for the inductive Apple Watch charger.

If the report is accurate, it would mean Apple’s next iPhones will not have the ability to charge at long-range distances, but rather contact-based inductive charging like the Apple Watch or many Android phones.