With demand at an all-time high for Apple’s iPhone 6, particularly the 6 Plus model, some people have gone to extreme lengths to obtain the phone, which is able to sell at high margins on used classifieds and overseas grey markets.

One 19-year old Pickering, Ontario man found out the hard way after his Kijiji transaction went horribly wrong, according to the Toronto Sun:

“(The victim) handed the phone to the (man) to be inspected,” Sgt. Bill Calder said Tuesday. “The (man) left with the phone, suggesting he would be right back with the money.

“The victim followed him outside and was punched repeatedly,” Calder said, adding the thief then ran off towards Liverpool Rd. with the new iPhone 6.

Durham Regional Police said the transaction took place at McDonald’s at Kingston and Liverpool Roads, after 8PM on Sunday night. The suspect, pictured below, is described as roughly 25 years old, 5 foot 10, with short dark hair and a medium build, according to surveillance video: 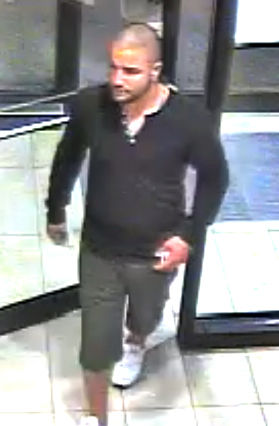 Sgt. Bill Calder explained police have seen an increase of robberies involving such devices and warned the public of “the risks of re-selling items through online advertisements, especially when dealing with cellphones.”

Selling a hot ticket item on used classifieds can be risky (maybe meet at noon in the lobby of a police department to be safe? j/k), which is why some skip the hassle and opt to trade in their devices at Apple Stores or go the eBay route.