Overcast 2.0 for iOS Released As a Completely Free Download

Overcast, the popular audio podcast player for iOS that offers many useful features in a simple, intuitive interface, has today been updated to version 2.0 and is available now as a completely free download in the App Store, with an optional monthly patronage model (via MacStories). The universal app is optimized for both the iPhone and the iPad, and also offers an Apple Watch companion app. 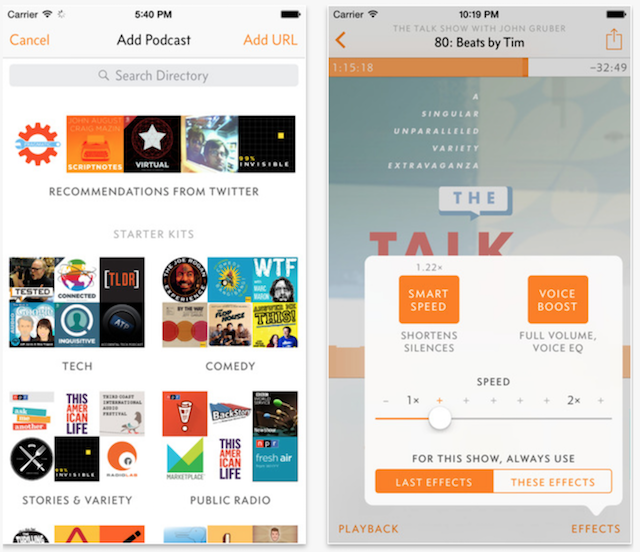 Those who aren’t aware with Overcast’s main features, it basically allows users to easily download podcasts for playing even when offline. You can search and browse for new podcasts, and create custom playlists with smart filters. Users can even adjust playback speed, and use Smart Speed to pick up extra speed without distorting the conversation.