From the makers of Palm, the company behind those handheld PDAs that were so prevalent in the 90s, comes a tiny new Android-powered smartphone called the ‘Palm’, that has been designed to supplement your current handset. 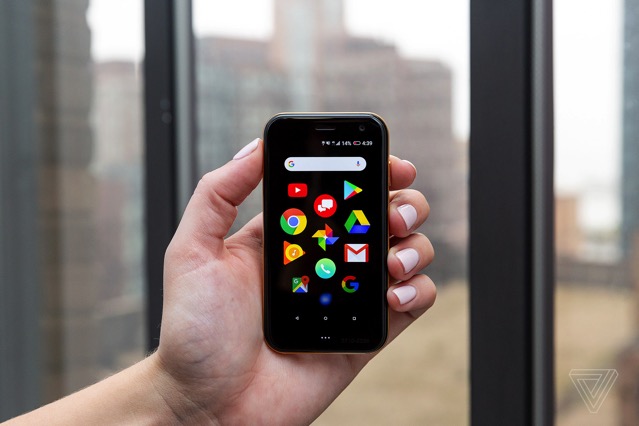 The Verizon-exclusive Palm costs $349.99 and will be available in November only as an add-on to your existing smartphone plan, offering a way to stay connected when you don’t want to lug around your primary smartphone, especially if it’s as big as an iPhone XS Max.

The folks over at The Verge have gone hands-on with the tiny new Palm device, which shares your phone number and runs a full version of Android 8.1 and all the apps from the Google Play Store. “It’s like a phone for your phone”, as they put it, features Gorilla Glass 3 both at the front and back, and features a single multi-purpose power button. 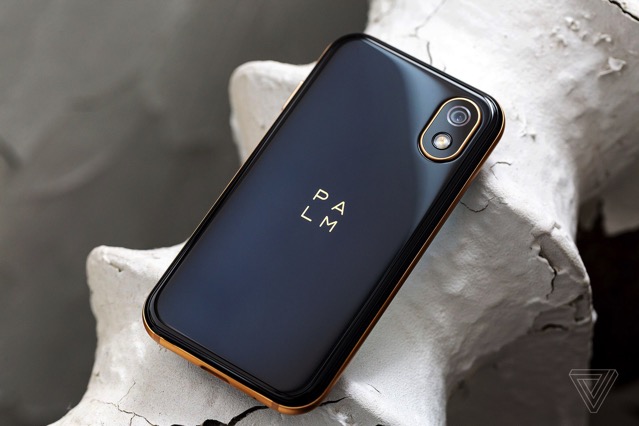 “There’s a single virtual button on the bottom. You tap it once to go back, twice to go home, and long-press it to get to the multitasking screen. Since there are no volume buttons, you need to swipe down the quick settings panel to adjust that. And since there’s no fingerprint sensor, Palm wrote a custom face-unlock feature that uses the 8-megapixel front camera.

More than any other feature, the Life Mode on the Palm phone is what makes this a “time well spent” minimalist phone. When you turn Life Mode on by tapping a palm tree icon, it enables a set of Do Not Disturb and Low Battery settings.

In Life Mode, your notifications are obviously turned off, but Palm is also turning off the wireless radios. The cellular and Wi-Fi radios will only turn on when the screen is on. It’s a much more aggressive way to turn off notifications and deny incoming phone calls.”

Check out this quick hands-on video of the Palm and share your thoughts with us in the comments section.

Amid the tools used by archaeologists for centuries i.e. trowels, buckets, brushes, and pickaxes, there’s a new piece of equipment, the iPad Pro, as highlighted by Apple in a new feature. “iPad is the perfect archaeology machine,” says Tulane University professor Dr. Allison Emmerson. who was part of the team that pioneered its use to...
Usman Qureshi
16 mins ago

Apple’s Stage Manager multitasking feature in iPadOS 16 is only for tablets with the company’s M1 chip, but that is now changing. According to Engadget, Apple told the publication Stage Manager is now expanding to older iPad Pro 3rd gen and 4th gen models when iPadOS 16 is released later this year. M1 iPad Pro […]
Gary Ng
1 hour ago