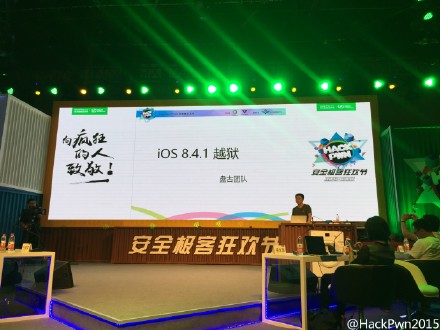 On Friday, the Pangu team showcased an iOS 8.4.1 jailbreak on an iPhone 6 at the HackPwn 2015 security conference. The jailbreak comes only one week after Apple released iOS 8.4.1.

The details about the jailbreak were posted on Chinese microblogging site Weibo, so English accounts are scarce. What is obvious, is that an iPhone 6 jailbreak for iOS 8.4.1 was apparently demonstrated on stage. 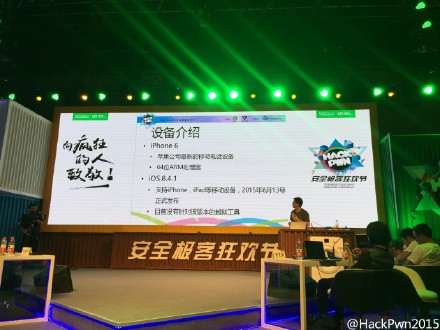 It also seems that this was just a demonstration to show that a jailbreak is possible, but Pangu has no intentions of releasing this jailbreak publicly. This is probably a wise decision since we are less than one month away from the public release of iOS 9.

Are you surprised that Pangu was able to jailbreak iOS 8.4.1 despite all of the exploits Apple patched with the release of iOS 8.4.1? Let us know in the comments below.