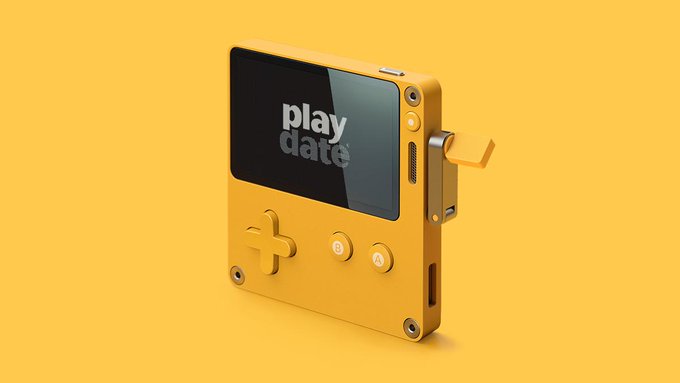 Called Playdate, it looks like a tiny Nintendo GameBoy, with its d-pad, B and A buttons, but it also sports a hand crank on the right side, to add a new control element to games.

“Playdate is our celebration of the video game,” explains Panic, saying “We reached out to some top game designers, like Keita Takahashi and Zach Gage and Bennett Foddy and Shaun Inman. We showed them Playdate and asked, “Want to make a game for it?”. Then we lost our minds when they said “Yeah!””

Playdate will cost $149 USD (about $200 CAD) when it ships in early 2020 and will include 12 free games as part of “season one”, delivered automatically every Monday to the handheld via Wi-Fi. Pre-orders are expected in late 2019. The device will charge via USB-C.

“What are these games? Here’s the thing: we’d like to keep them a secret until they appear on your Playdate. We want to surprise you. Some are short, some long, some are experimental, some traditional. All are fun,” explains Panic.

The handheld’s design was from electronics manufacturer and partner, Teenage Engineering from Sweden. The software is custom designed by Panic. Hardware specs are coming at launch but are being described now as “beefy”.

About those games. We reached out to some of our favorite people, like @KeitaTakahash, @bfod, @helvetica, @shauninman, and many more.

Here's a peek at one: Crankin's Time Travel Adventure, from Keita. It's fun and funny. pic.twitter.com/0Ibwqr5k3I

Panic says they worked on Playdate in secret for four years. The 2.7-inch reflective Sharp LCD display is black and white with a resolution of 400×240 (4x the original GameBoy), but “has no grid lines, no blurring, is extremely sharp and clear,” when compared to the Nintendo GameBoy display.

Panic has not detailed which countries they will sell Playdate in yet, but did say an SDK will be coming soon for developers to write games for the handheld. Most likely it will be available in the USA at launch and hopefully Canada at some point, too.