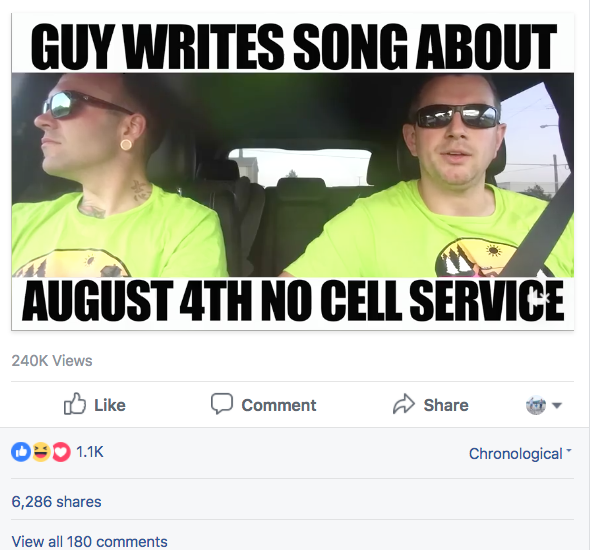 So what’s a person to do? Make a parody song about the incident, which is exactly what he did, using Don McLean’s American Pie as his backdrop, in his 2 minute and 36 second video. The song, written and shot by Muise himself, has been viewed over 240,000 times on Facebook, since he posted it online three days ago. It has also been shared nearly 6300 times on the social network.

“The idea was, we’re going to have some fun and take a little shot at how dependent we are on technology. When our cellphones go down, it shouldn’t be cause for us all to be like, Whoaaa!!

“If the power goes out for three days, then there’s time to panic. It was an opportunity to poke fun at our infatuation, and I count myself included in that group. But I was shocked to learn emergency services are so reliant on it.”

A line in Muise’s song says his “iPhone 6 [was] tossed aside the day the signal died”, as shared to his Facebook page 80s Summer Camp.