According to a BBC report, colour changing pavement lights have been installed at a pedestrian crossing in Netherlands, in order to help smartphone users cross the road safely. The light strips are designed to catch the eye of people looking down at their device, and change colour to match traffic signals. Councillor Kees Oskamsaid that the lure of games and social media has come “at the expense of attention to traffic”. 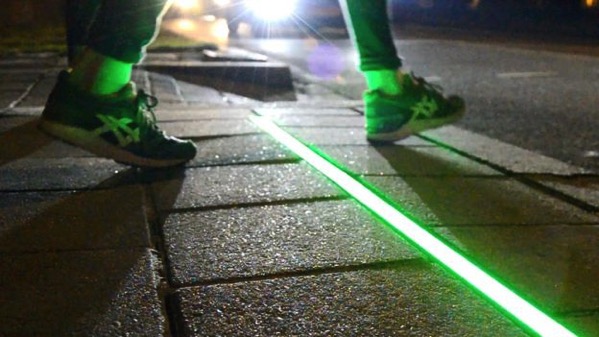 “We don’t want people to use phones when they’re dealing with traffic, even when walking around. People must always look around them, to check if cars are actually stopping at the red signals”.

The lights have been installed on a trial basis at one crossing, close to three schools in Bodegraven. The company that developed the technology says it hopes to offer the strips to other towns in the future.

German city of Augsburg also has similar pavement lights installed to help the so-called “smartphone zombies” navigate level crossings. Do you think we’ll ever need these in Canada?