While Pebble launched sales of its new Pebble Time smartwatch on Monday for the USA exclusively through Best Buy, the watch has also quietly reached Best Buy Canada as well.

Pebble Time adopters can pre-order models in black, red and white in Canada from BestBuy.ca for $249.99, with a release date pegged for July 27, 2015: 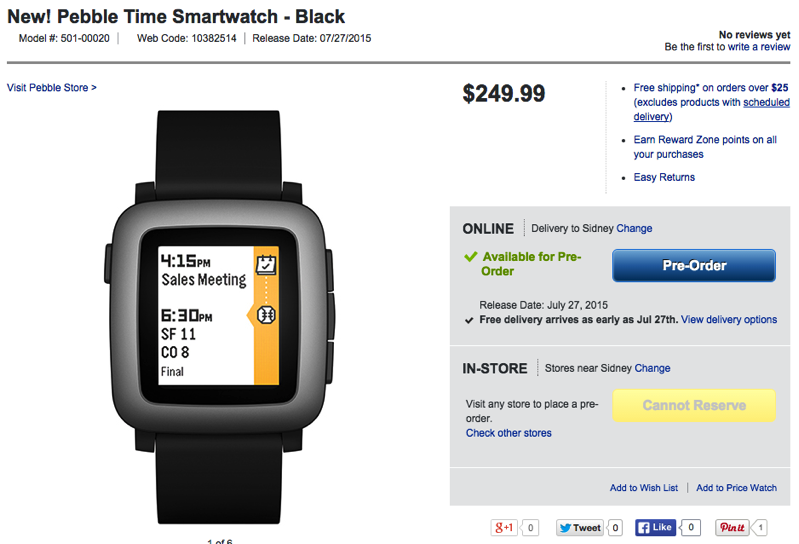 Users can also pre-order from Pebble for $199 USD with free shipping, but the company says it’s “backordered”. If you don’t want to deal with order from the USA, you can do so in Canada from Best Buy.

We received our Pebble Time last week. How is it? Well, let’s just say the Apple Watch spoiled us, big time. But at half the price of Apple Watch, Pebble Time looks to be an option for those not ready yet to fork out for Apple’s wearable. Stay tuned for our quick review (that is if we can pry Apple Watch off our wrist #becauseactivitydata).

Apple is reportedly scrapping its initial plans to increase iPhone production this year due to lower-than-expected demand. Following the launch of its new flagship, the iPhone 14 series, Apple is now reconsidering the scaling of its production. As reported by Bloomberg, Apple has reached out to its supply chain partners. Initially, the Cupertino company is...
Steve Vegvari
19 mins ago