Peloton, the wildly-popular workout equipment and subscription service, is making its app available on one more device: Apple TV. 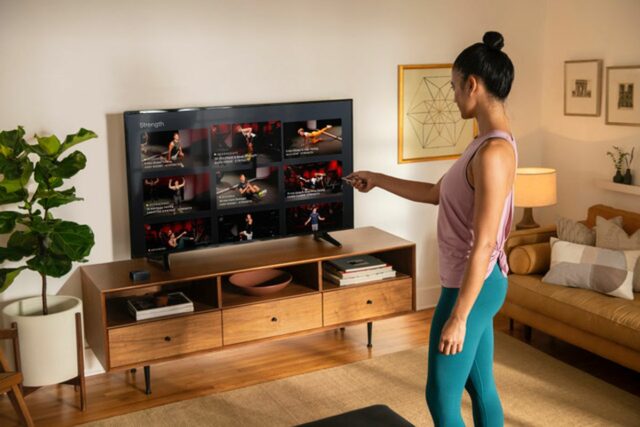 A new 9to5Mac report explains that Peloton announced its partnership today, which will bring the workout streaming app to Apple TV 4K and Apple TV HD devices. New members can access the app on their TV for a free 30-day trial, too. The app is already available on iOS devices and the Apple Watch but is notably missing a desktop component.

Previously, Peloton members required a second device to beam classes onto a big screen via AirPlay. Now with the introduction of Apple TV, members can enjoy classes directly through the Apple TV app.

According to the report, subscribers can take part in both live and on-demand fitness classes that include activities like cycling, running, yoga, strength training, and more. While Peloton subscribers generally interact with the service via the company’s stationary bike, Peloton also offers treadmills. Both units feature built-in touch screens in order for users to better interact with instructors.

The service also offers yoga and strength training, both of which are better suited away from either the stationary bike and treadmill.

Peloton App on Apple TV is rolling out on the App Store today.