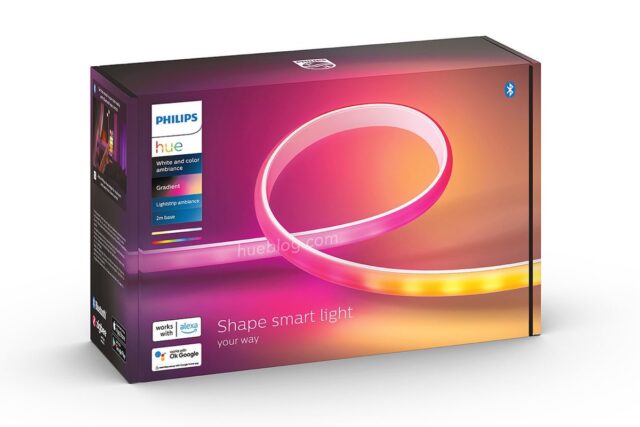 Philips Hue is reportedly developing a new version of its lightstrip. Rather than project one colour at a time, the Philips Hue Gradient Lightstrip Ambiance can display a number of colours along its two-meter length.

Philips Hue has a worthy predecessor, being the Play Gradient Lightstrip. However, this product is more commonly used on the back of a TV or a monitor. It has similar gradient functions as well. It’s been reported that the Gradient Lightstrip Ambiance will have double-sided adhesive tape to be mounted on shelves, stairs, cabinets, etc. with ease. It’s also being marketed as a “White and Color Ambiance” product. Therefore, it should be able to display up to 16 million colours as well as white tones.

Hue Blog states that the new product will cost 130 euros (~$192 CAD). The extensions are expected to cost an estimated 60 euros (~$88CAD). More information and an official reveal are expected in September.

Earlier this year, Philips hue introduced a newly redesigned iOS and Android app, streamlining how users can interact with the smart lighting set up.