Developer and hacker Viljami Kuosmanen from Finland, has found out that leading web browsers including Safari, Chrome and Opera, can all be tricked into giving away a user’s personal information through their profile-based autofill systems, The Guardian reports. He also discovered that some plugins and utilities such as LastPass, can also be tricked into giving out private information using the same phishing technique. 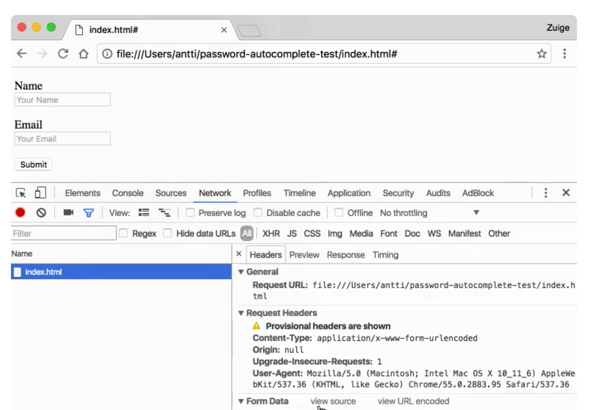 Mozilla’s Firefox is immune to the problem, as it does not yet have a multi-box autofill system and cannot be tricked into filling text boxes by programatic means, according to Mozilla principle security engineer Daniel Veditz. A more complete autofill system is currently in development for Firefox, however.

Kuosmanen has also set up a site to demonstrate the issue, showing a text box for a user’s name and email address, with text boxes for address and phonenumber hidden from view, autofilled by Chrome. You can check it out here.